Our first week home with Grayson was the best and hardest week of my entire life. I really want to be able to speak honestly about the postpartum period, and it’s ups and downs so please bear with me. I feel like I have so much to say and never have enough time to say it between feeding, burping, diaper changing and sleep. I’ve had to learn to be very selective with my time! Grayson is a joy but motherhood is a lot of work. I’m a few weeks in now and still still wondering where my days go?!

Almost half of our first week was spent at the hospital and I’ve already told you guys how tough that was. Typically, with vaginal births, families only stay two nights but our pediatrician talked us into spending a third night since we were having some feeding issues. We were so happy that we stayed {got to take advantage of working with great lactation counselors and nurses} but REALLY ready to get home. Like I said, I wasn’t really prepared for how much breastfeeding hurt in the beginning. I was really lucky because my milk came in after only three days but man, those first few days hurt…even with a good latch. However, it got better! Five days in and I wasn’t in toe-curling pain anymore. Hallelujah. We are waiting on my pump to arrive {I get a free one through my insurance} so I can start pumping some bottles and Adam can help with nighttime feedings. Hallelujah again!

Everyone told me about the hormone fluctuation those first few days home from the hospital so I thought I was prepared…but woah! Some serious hormone swings were happening. One minute I felt like I was on top of the world and blissfully happy and the next minute I was crying for absolutely no reason at the dinner table. So crazy. I was obviously crazy in love with Grayson yet found myself missing our old life at the same time. It’s hard to explain unless you’ve been there so I’m especially thankful for mama friends that picked me up those first few days and assured me this was completely normal and to be expected. The hormone swings ended at about day five or six – same day that nursing became tolerable – and now I feel fine. Exhausted, but fine overall. Speaking of exhausted, I really am but it’s not as bad as I thought. The whole “no sleep with a newborn” thing caused me some anxiety while pregnant {I looooove getting my eight hours in} so I was nervous as to how I’d function during the day after being up all night. Not going to lie — the first few nights were pretty rough but it’s gotten easier now that we have a semi-routine down. We usually put Grayson down right after his 10pm feeding then he’s up around 1:30, again around 4:45 and up for the day around 6:30ish. Sometimes he makes it going three hours without eating at night and sometimes only an hour and a half. I’ve had to learn to relinquish control and just be present in the thick of it, whether that means two middle of the night feedings or four. I know this stage is so short lived and I don’t want to look back and regret hurrying through it. I only get him this little once so I try to soak it all up. I’ve started using the time that I’m up during the night to pray and memorize scripture. I mean, when’s a better time to talk to God than when you’re up at 3am nursing a baby by yourself in the dark? We moved our glider from the nursery into the bedroom and set up a changing station there as well to make middle of the night feedings go a little smoother. We plan to transition him to his crib in a few weeks!

We started cloth diapering when Grayson was about a week and a half old. I was nervous at first but decided to just go for it. We still use disposables at night but plan to transition to cloth soon…or when I am a little less sleep deprived to handle it, that is. 🙂 In terms of the newborn cloth dipes, I have been loving the nb workhorses with either wool covers or thirsties duo wrap size one. Even though Grayson is a big baby, they still fit him fine. I think especially so since I bought the snapless kind that you snappi or pin on. The extra laundry hasn’t been an issue at all. I just throw all the dirty dipes in at night every 2-3 days. I thought it would be more work but it’s really not at all. Plus, his fluffy tush is just too cute. We also use cloth wipes and homemade solution. I use distilled water, a squirt of witch hazel and two drops of Kissaluvs diaper lotion potion. We have two wipes warmers – one for our bedroom changing station and one for his nursery – and Grayson LOVES the warm wipes.  A more detailed post on this topic to come! Overall, I really am loving motherhood but admit that this newborn stage definitely has it’s challenges.  I’m still working myself up to going out of the house more with him solo, since Adam is back to work now. In the beginning, I was terrified because there’s just so many moving parts and what if something bad were to happen?! I think the only way to gain more confidence though is just by forcing yourself to do it. We started with an easy trip to Trader Joe’s…then went to the chiropractor…then Whole Foods…slowly and surely, I am gaining confidence as a mom and feeling more like my old self again.

I am healing really well and enjoying all those extra breastfeeding calories. 🙂 I gained about 40 lbs with Grayson and am still 15 lbs from my pre-baby weight. I know it will come off eventually so I’m not stressing about the fact I still can’t zip up my old jeans. That’s what leggings are for, right?! 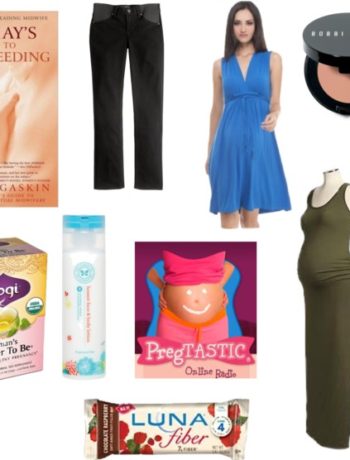 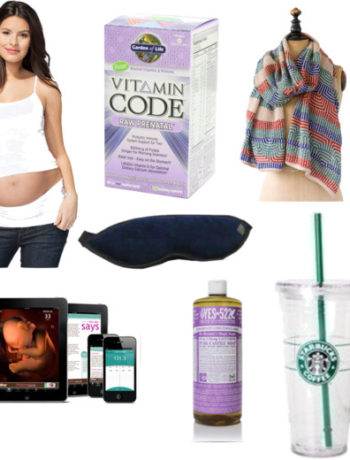 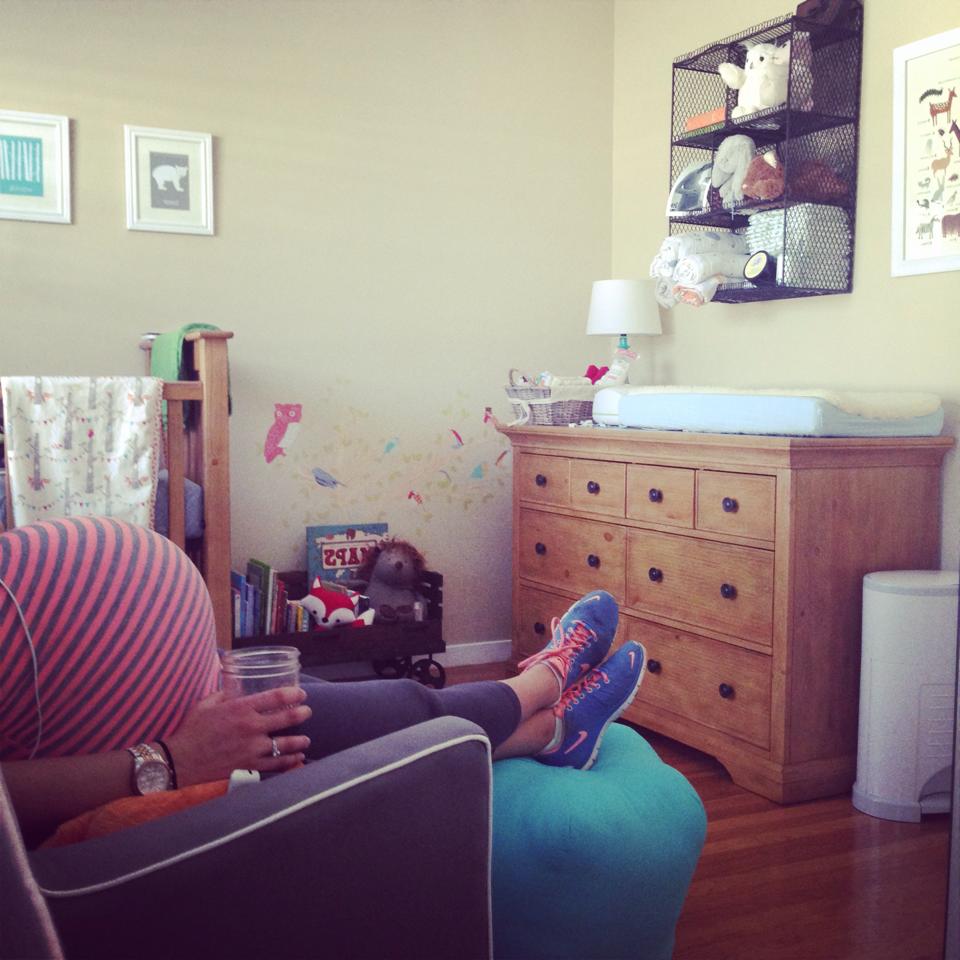