So, major kudos to Tijuana Flats for revamping their menu to appeal to a healthier mindset and lifestyle! I hadn’t been there since the beginning of last summer and was happily surprised that besides ordering a “power-lite” burrito (low fat cheese), one could also opt for a whole wheat burrito at no extra charge! I hope others take advantage of this as well! I ordered a veggie power-lite burrito (no sour cream) in a whole wheat tortilla and it was fabulous. Now they just need to offer fruit instead of taco chips and I would be totally sold! But then the overall Mexican theme would sort of get lost…and Americans do love their chips. I ate them just because they were there 🙁 But….they were tasty! I also opted for black beans instead of refried because refried beans are (traditionally) fried in lard, which wouldn’t be very vegetarian OR a good healthy option for anyone! I don’t think this restaurant uses lard, but it still brings more extra fat than just ordered black beans plain. That’s a good tip to keep while dining out at any Mexican/tex-mex place because refried beans can most always be easily substituted by regular, healthy black beans. 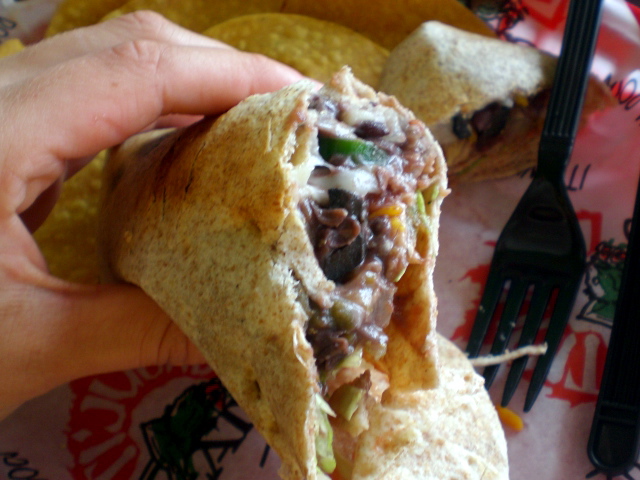 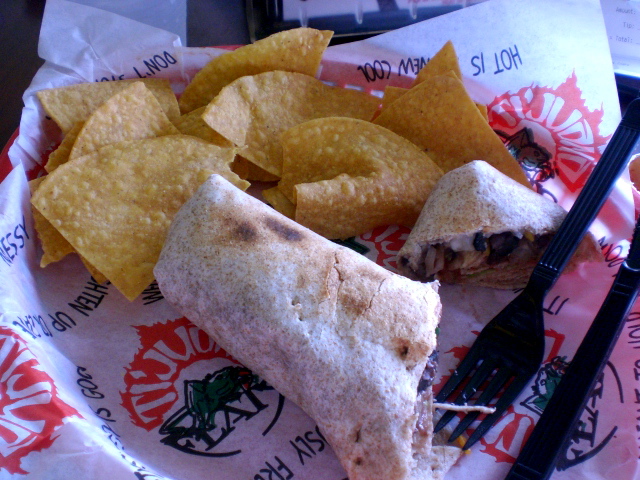 At least they kept to a respectable serving size with the chips unlike most places that pile a whole mountain of them on your plate! I think there were like 15 chips here and I left about 5 on my plate.

After the gym this morning I snacked on organic applesauce (1/2 cup) and cinnamon before lunch! 🙂 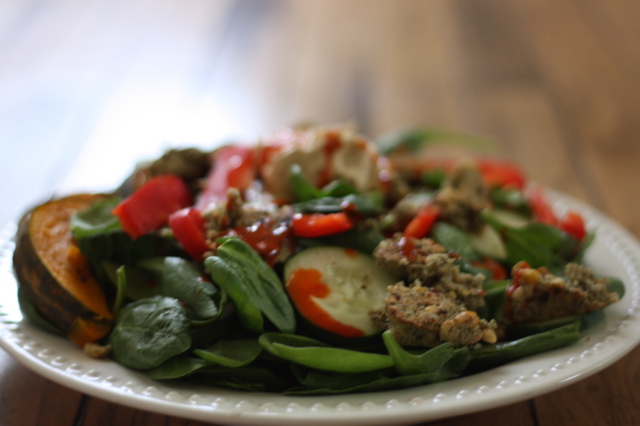 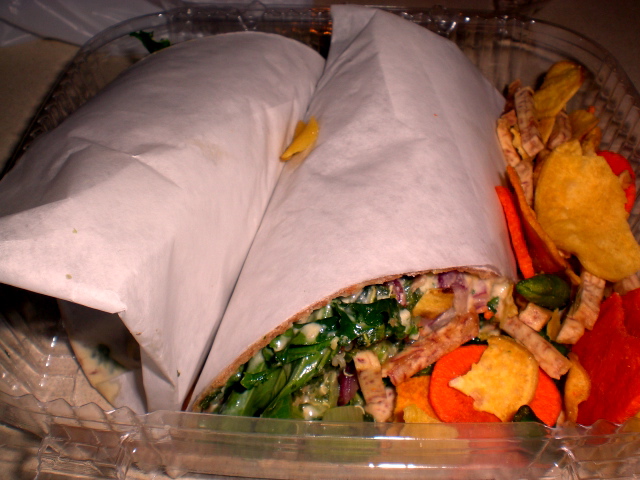