A Night of Indulgences

Gahhhh I am on MAJOR sugar/dessert overload right now. More on that later. 😉

Today I had a great time playing golf (aka driving the cart and hitting a few shots) with Ryan’s family. I actually sunk a 30 foot put and it was my claim to fame! Normally I am horrible at putting and don’t have patience for golf at all. I just like to drive the cart, eat snacks and enjoy the scenery. Haha. Today was really no different in that respect. I had about 1/3 of this clif bar—

Along with an apple much later that I got from the snack cart on the course. We got back to Ryan’s aunt’s house around 6 and the birthday festivities began! I was feelin’ snacky and there was a ton to choose from! Whole grain tortilla chips with three different kinds of salsas along with hummus and pita chips: 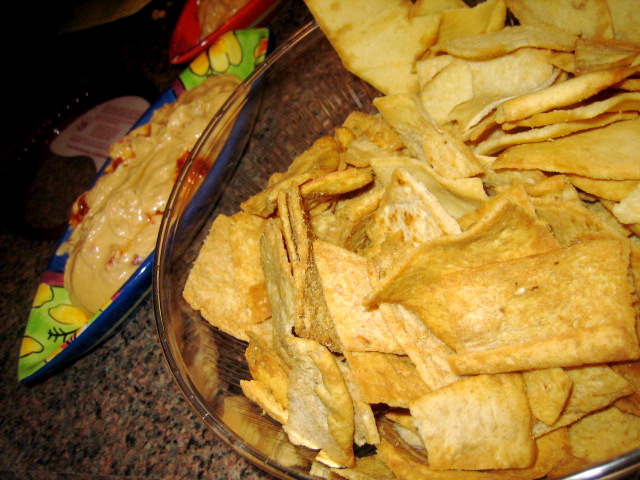 And tons of wine. I had two glasses of merlot— 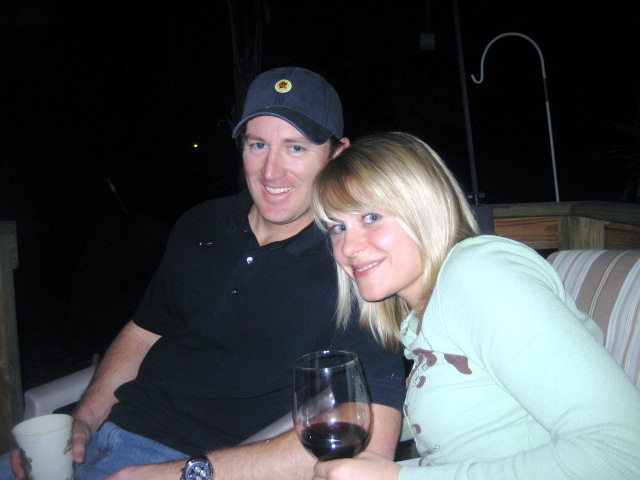 We were celebrating Ryan’s cousin’s 18th and 15th birthdays. Both are big hunters and for dinner, we had special bison/beef/homemade deer sausage burgers! With homemade baked beans on the side of course 🙂 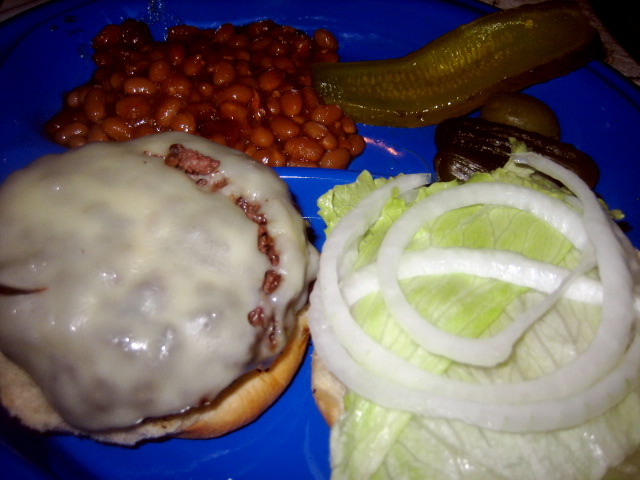 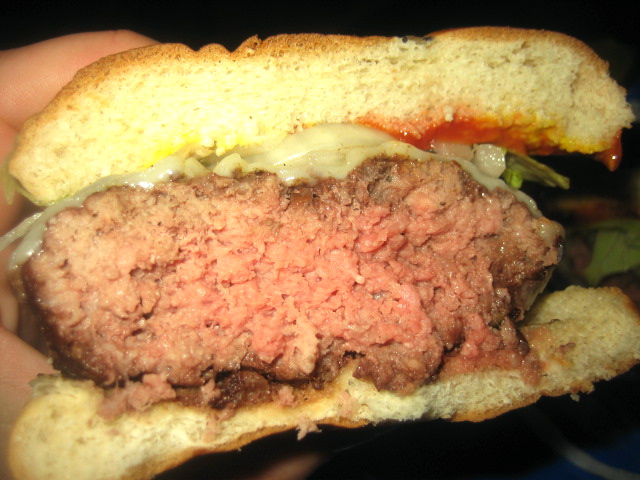 As far as a burger goes, it was actually pretty healthy. Bison is a very lean meat and Aunt Mindy mixed it with 90% fat free beef and a tiny bit of deer sausage, also which is very low fat but high protein. My burger was HUGE though and I only managed to eat half.

Okay vegetarians, please don’t hate mail me! The boys love to deer hunt and always eat what they kill. Nothing is just killed for sport or left behind. This was a SUPER chocolatey cake from the best gourmet cake shop in town. It was pretty much the moistest, richest, densest chocolate cake I have ever had: 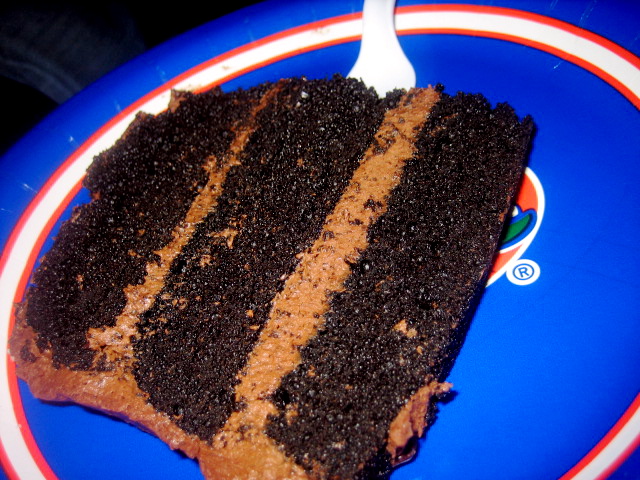 I ate half plus all the frosting! And I had to taste Ryan’s mom’s homemade maple pecan pie as well— 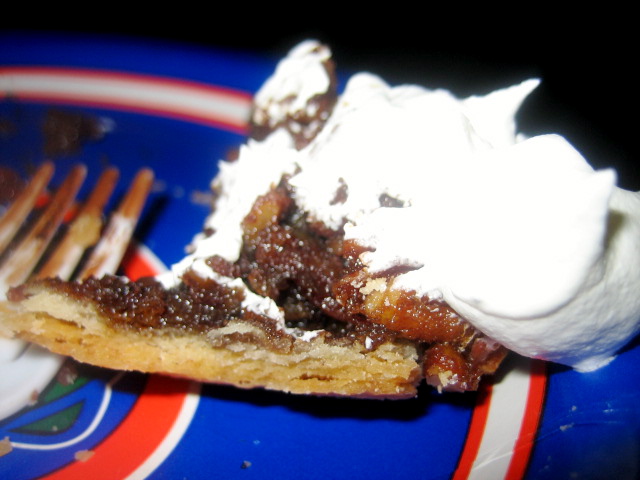 Also, Ryan’s dad’s cousin was there from Vermont and he makes his own maple syrup! He kindly gave me a hefty bottle to “sample”: 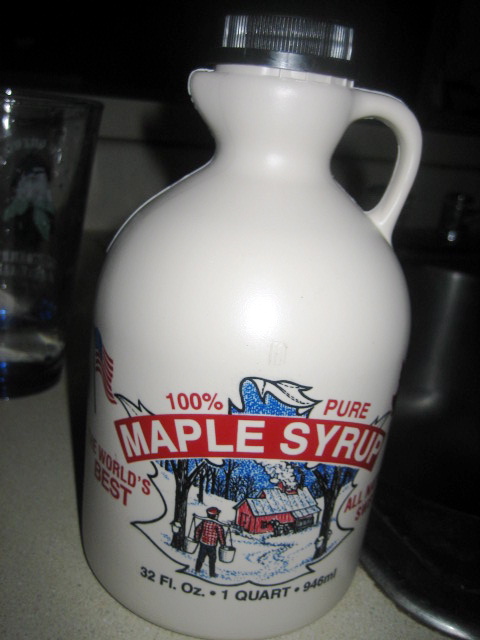 And he told me to contact him in April when they start bottling all the new syrup for the year so he can send me a crate full of the fresh stuff!!!! Saaaaweeeeet! 🙂

I am POOPED and have rather a tummy ache from all the sugar and snacks I consumed. I’m sooo glad I have tomorrow off because I have a yoga class planned at my actual studio instead of just a podcast at home. Yay! I hope everyone had a great weekend and rests easy tonight. Its already the last week of January…where are the days going?! 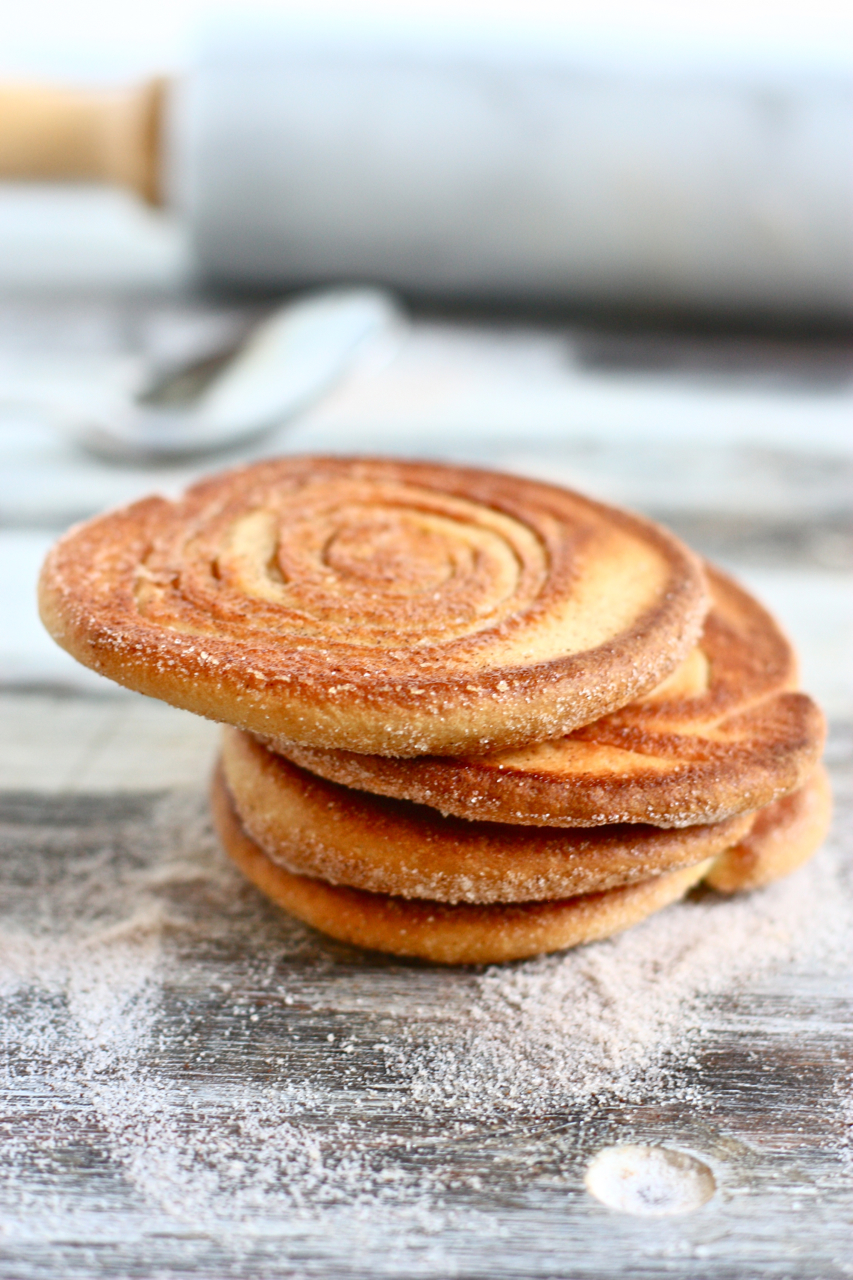 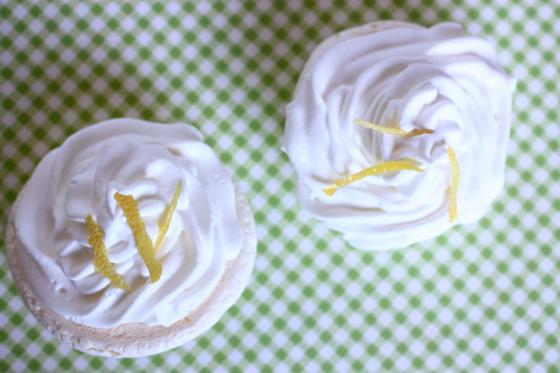 Just what I needed…