Wow, this afternoon has been non-stop!

First of all, Courtney came over and we walked for almost an hour (!!) along the bay with Mikan. We have SO much in common and I’m super jealous that she is currently doing yoga teacher training! It is just so funny to me that this blog has come so far that I actually meet good friends from it! If you would have told me a couple years ago that I would start a blog and make new friends from it, I would have looked at you like you were off your rocker. I don’t even have a Myspace page! But, somehow this blog has evolved and I am just so blessed and so happy that we all have this encouraging and friendly space to talk about food, health and life in general!

After our walk I immediately got on the phone with my insurance company regarding the “accident” the other day. Not too thrilled about that AT ALL but it could have been so much worse. If what happened two days ago happened yesterday instead, I would have totally smashed a car that was sitting in the street all day yesterday. God was looking out for me on that one! After the stress phone call had ended, I hopped in my car and raced over to the mall to have Apple look at my charger. Well, turned out I needed an APPOINTMENT so I had to go home and come all the way back an hour and a half later. It was worth it though because this totally awesome tech guy gave me a brand new charger for free (usually an $80 value!). I’m telling ya—despite all my tech problems (mainly due to the fact I’m a total ditz on the computer), I would NEVER steer away from Apple. I have had the best luck ever with Mac support and the people that work in the Apple store. This guy totally made my day because I really thought I was going to have to shell out 80 bucks that I do not have. Amen.

In between all my racing around, I snacked on a big bunch of grapes in the car—- 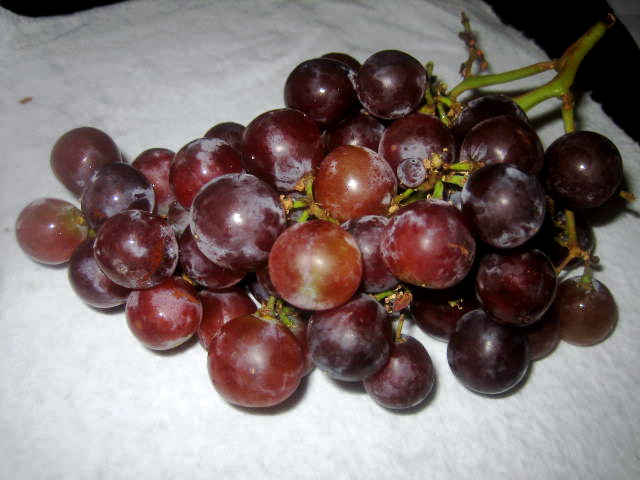 And then I finally made it to Ryan’s condo around 6:15 and finally got to making the pizza that I had been carrying around the ingredients for in my PURSE! Yes, that’s right. When I was at the Apple store, I totally had cheese and pizza dough in my purse. That’s how I roll. Obviously.

I used organic nine grain pizza dough that I had made last week at work and that had been sitting in my freezer. The dough for the pizza is the same for the bread and I LOVE our nine grain bread so I was super excited about this pizza crust! 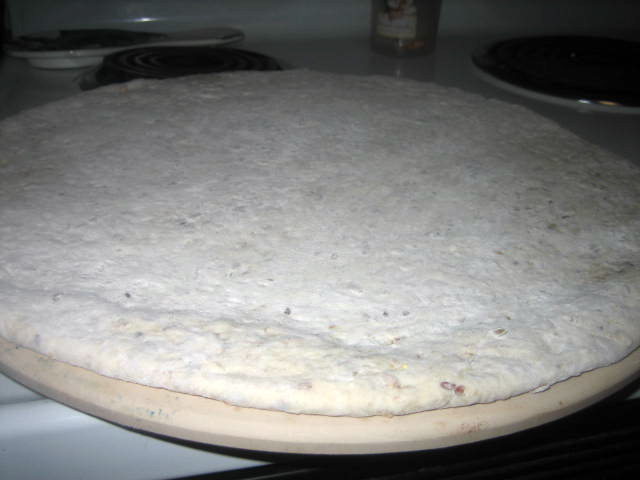 I used an all natural pizza sauce and sprinkled mozzarella cheese on the whole thing before putting turkey pepperoni on the boy’s half and creamy herb goat cheese crumbles on MY half :). I LOVE me some goat cheese on my pizza! I baked the pizza at 450 on our pizza stone for about 10 minutes…..nothing like the smell of homemade pizza in the oven, I tell ya! 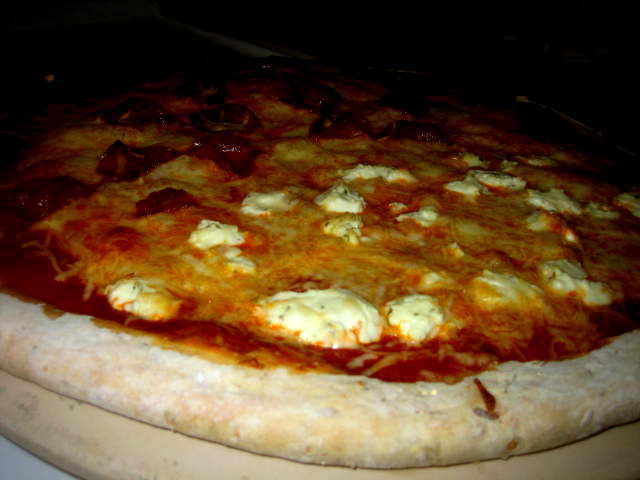 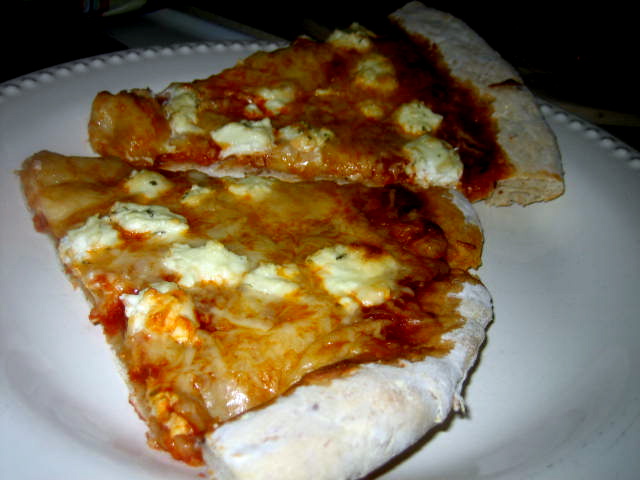 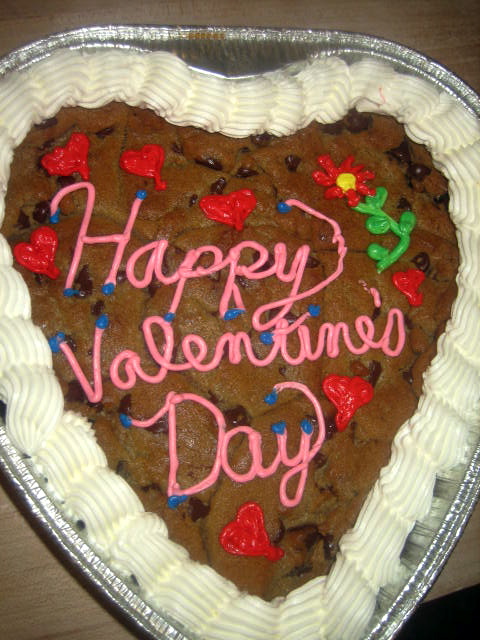 Yes my dear friends, THAT would be a cookie cake. I made it for Ryan (uhh and me!) at work today! EIGHT chocolate chip cookies went into this massive cake and then I decorated it with pretty colored buttercreams. And, OH MY GOOOOOOOODNESS, was this ever aaaaamazing! Here is my slice (with extra frosting!): 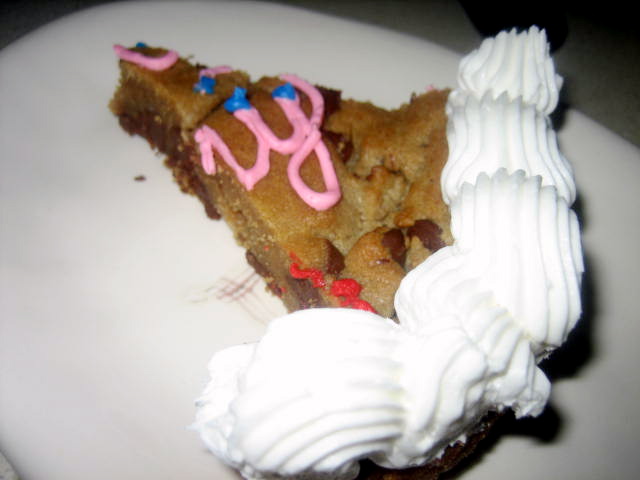 Soft, chewy…..so bad yet oh so good. Haha that’s a healthy meal for ya—pizza and cookie cake. Its like a six year old’s birthday party over here! I take comfort in knowing that I made both the pizza and the cake and nothing artificial was used…..plus tomorrow is Valentine’s Day and anything goes!

Happy Valentine’s Day Eve! See you in the morning! 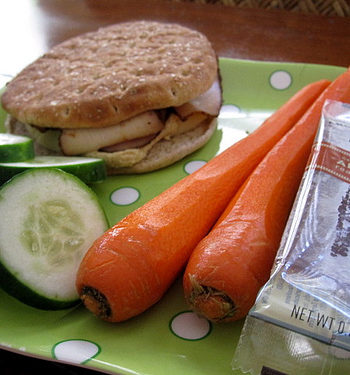 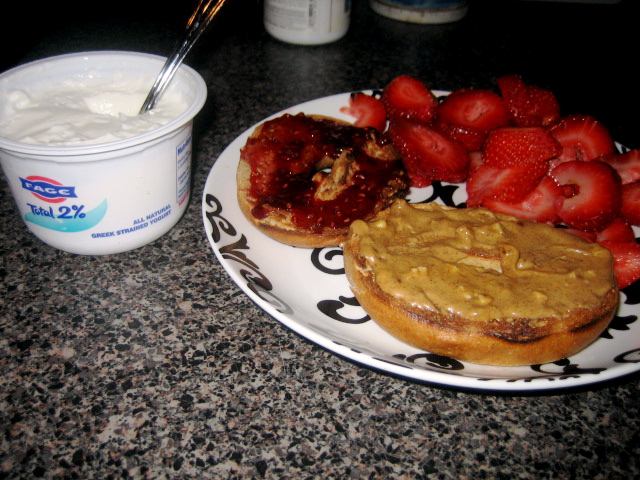