Costco trip was a very big (almost too big) success. I did stop at Publix right after to pick up some odds and ends (like tomato paste) but the bulk of it was at Costco…no pun intended! 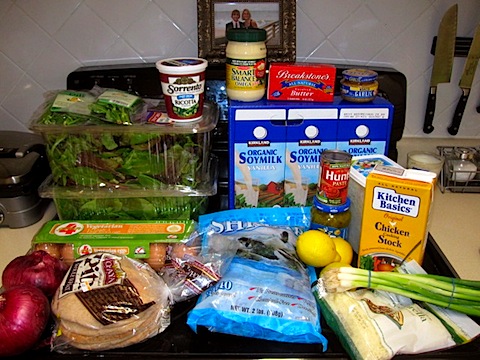 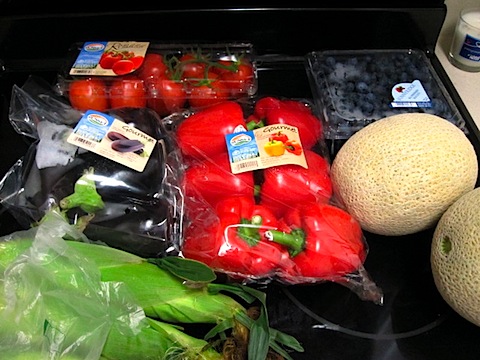 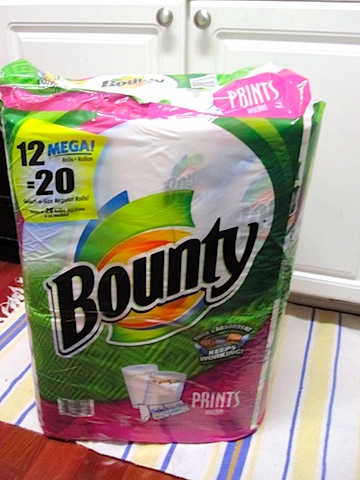 Now can you even believe I stayed within the budget and spent LESS than $100??! (Ryan, calm down. I bought you the largest container of feta known to man). I couldn’t believe the deals at Cosco, especially the fruit and the soymilk. I haven’t had soymilk in awhile because I love almond milk but they don’t sell almond milk at Costco and I got about triple the amount for much less. Those three canteloupes only came out to $1 each and the big crate of blueberries was only $3.50. I plan to make blueberry crisp this week! 🙂

I’ll also say that it is VERY EASY to go overboard when you are shopping in a wholesale warehouse! You really need to plan your meals, make a list and stick to it. It helped stopping at Publix (which was right next door) afterwards just to get a few random things. I’m definitely going to be more of a stickler about planning my meals and writing a clear and concise list when I go to the store from now on because, I’ll admit it, I can be quite the impulse shopper. I need to tell myself that I don’t NEED those random dried pears or that canned soup. Cooking at home is a much more affordable option if you stock your kitchen first with the basics and then shop weekly (or bi-weekly) for specialty items you need for the week. I mentioned in the comments this morning but here is my menu for the week if you missed it;

As soon as I got home I was very excited to throw together a super salad! I’ve missed them the past two days! 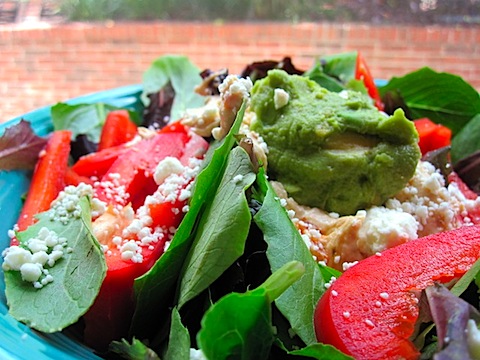 I used a big thing of organic spring mix, 1 sliced red pepper, probably 1/3 cup hummus, 1 tbsp feta, 2 tbsp guacamole.
For some extra protein (and to get rid of the last bit), I had a teeny-tiny cup of homemade split pea soup on the side: 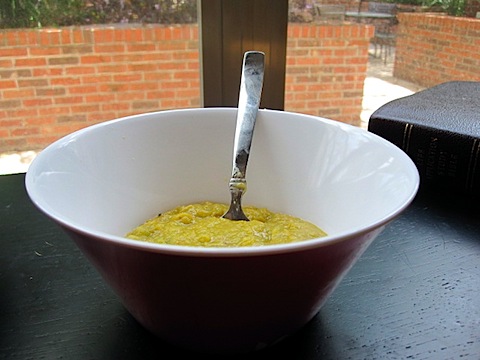 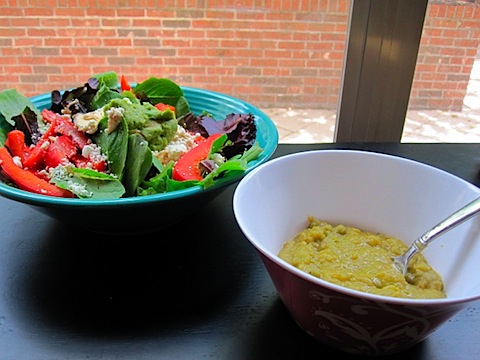 After the photo was taken I immediately dumped Texas Pete over everything! 🙂

Off to get some work done then hit the gym. See you tonight for cheeeeeeese 😉

groceriesLunchmusings
July 6, 2009 By jenna
68
Catch-Up Good Stuff All Around 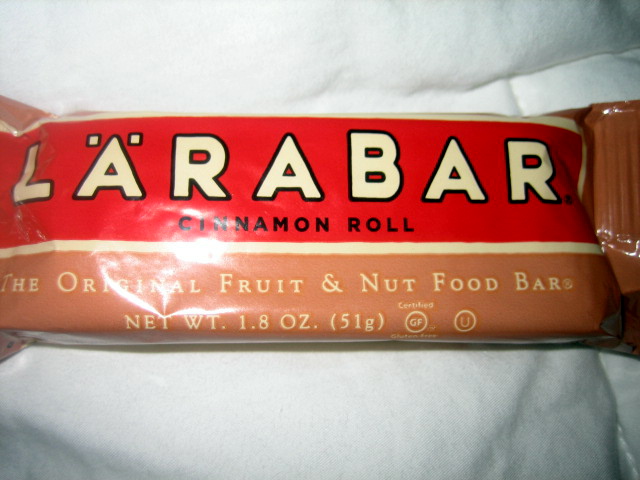 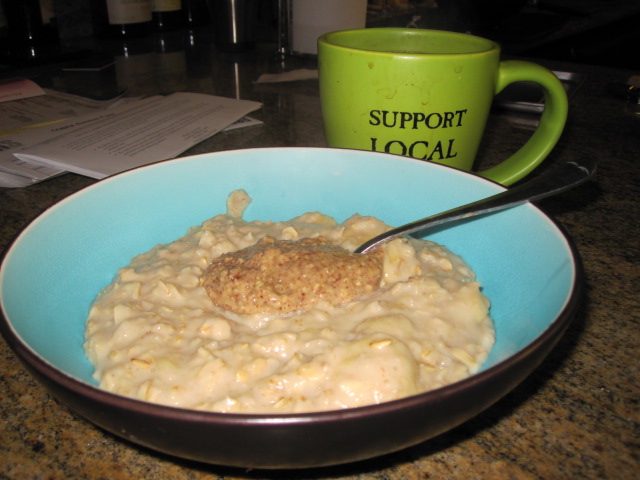