So, the party was a success but I don’t even want to tell y’all what I ate last night. Let’s just say I feel like a major greaseball right now and just want to eat lettuce leaves for the rest of the week.

Okay fine—I’ll tell you. It was Rocky’s final wish for us all to make In-N-Out burgers at the house together. He found the recipe online and so we bought all the ingredients to make the burgers, the sauce, the fries….the whole deal. Now, I’ve never actually BEEN to In-N-Out but honestly, I have no real desire to go after last night. The burgers were just sorta…..greasy. I woke up in the middle of the night with a killer stomach ache and am still not feelin’ so hot today.

The cupcakes, on the other hand, were a smashing success! 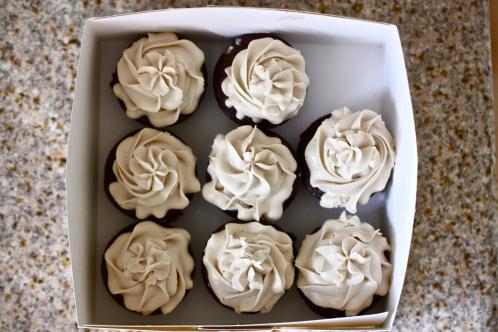 I gave you the recipe for the buttercream yesterday so today we shall bake cupcakes! Seriously, these are so incredibly simple to throw together and they are some of the best tasting chocolate cupcakes I’ve had. 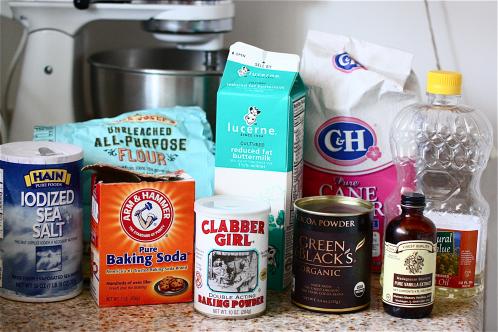 First, whisk together a cup of buttermilk, two teaspoons of vanilla extract, a third cup of oil and three fourths cup of sugar together in a large bowl. 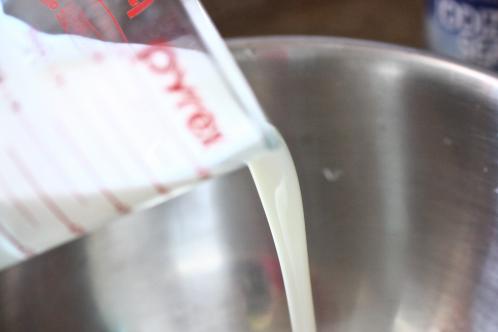 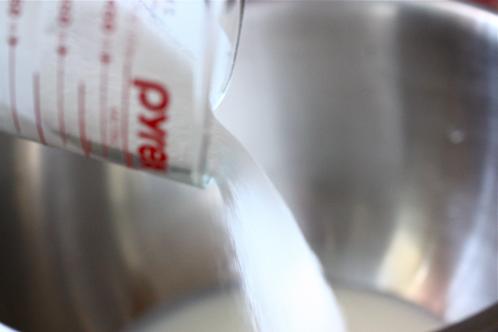 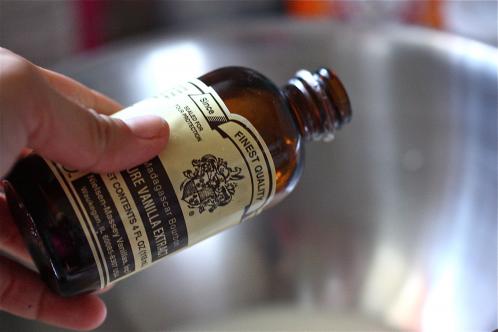 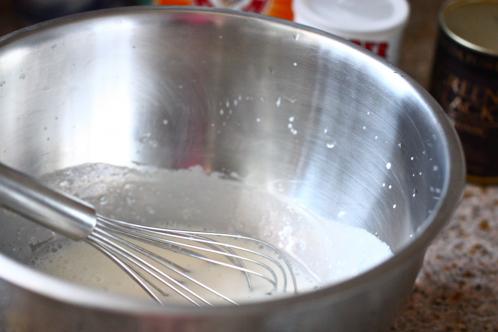 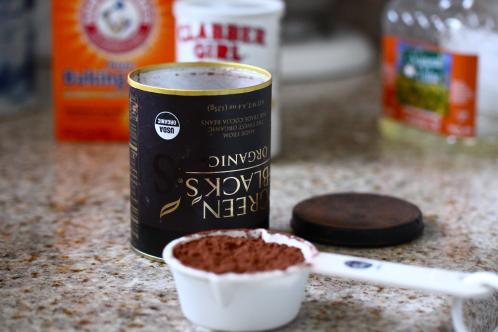 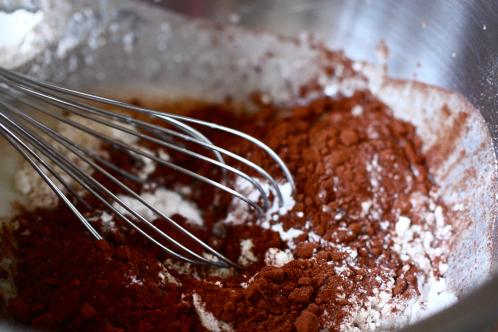 Now, add the dry ingredients to the wet and whisk everything together. 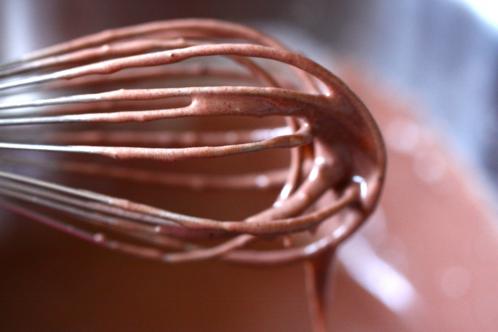 MMMmmm just look at that cake batter goodness. I know we’re making cupcakes right now, but you could also just pour the batter into a cake pan and make a cake instead. I’ve done that. Just double the recipe, pour into two nine inch cake rounds, bake and then put the buttercream frosting in between the layers and on top. It’s the perfect chocolate birthday cake!

But, today we are making cupcakes. 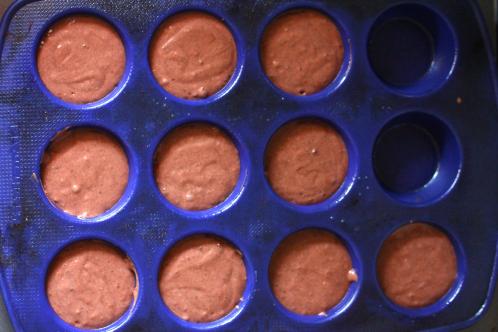 Bake the beauties at 350 for about twenty minutes, or until they are light and springy. 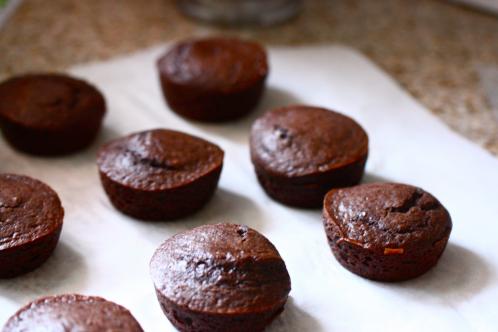 While they cool, make (or re-whip) your frosting. 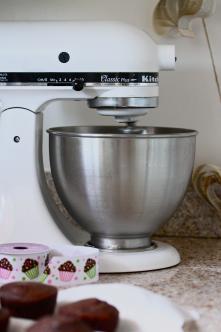 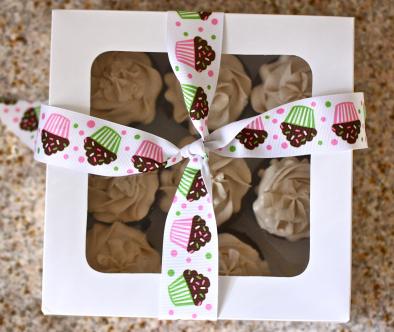 In a large bowl, whisk together the sugar, buttermilk, vegetable oil and vanilla. In another bowl, sift together the flour, cocoa powder, baking powder, baking soda and salt (I didn’t sift when I made these yesterday but you really should!). Add the dry to the wet and bake cupcakes at 350 for 20 minutes or until they spring back when lightly touched. 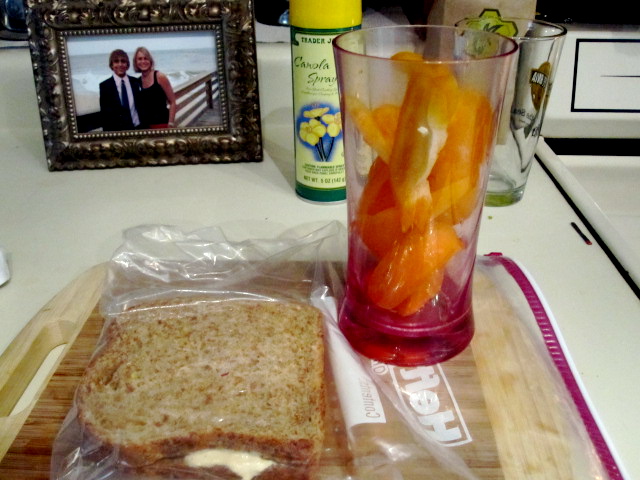 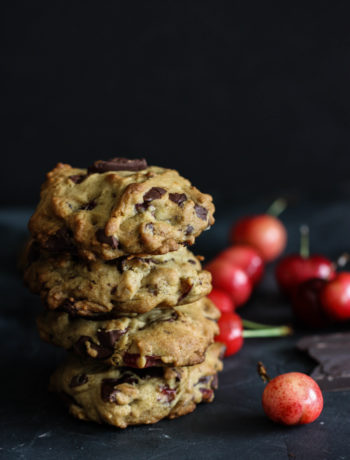 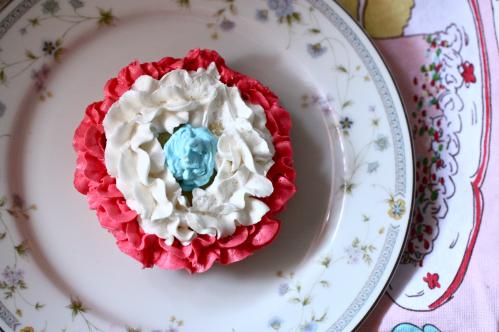