I hope everyone’s Monday went well. I had a pretty productive day over here…lots of fresh produce from Costco and a watermelon the size of…me! 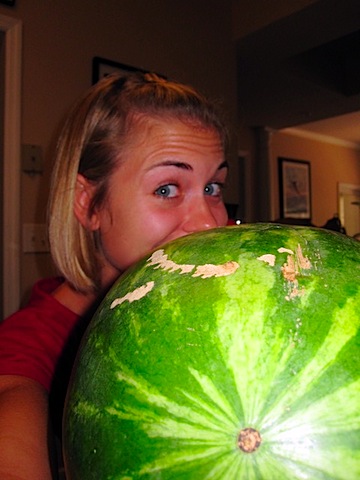 Only after I sliced it up did I realize it wouldn’t all fit in the tiny fridge..…oops. I ate more than my share this afternoon! 😉
To further my research on electrolyte balance, I read a great article in the latest issue of Runner’s World about running in the heat. It had some great pointers…tomorrow will be judgement day! 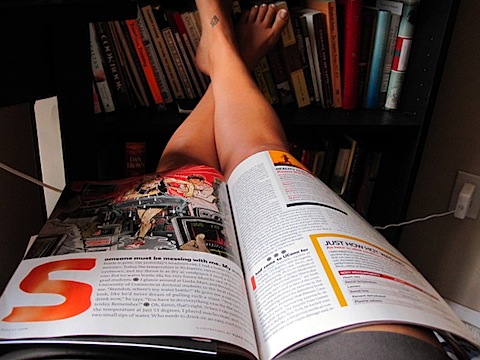 Dexter read along with me: 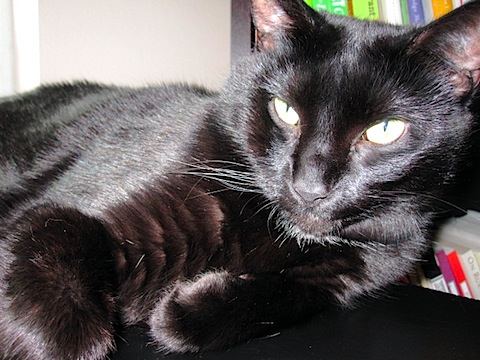 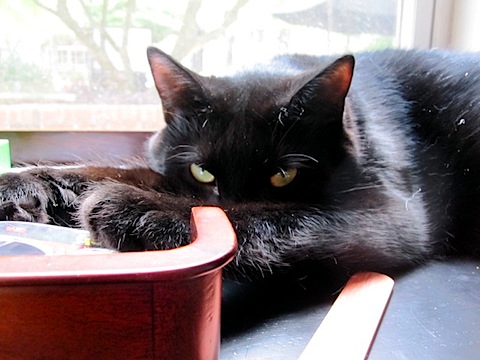 A lot of you recommend coconut water, which is GREAT but unfortunately I can’t afford to keep stocking up on it. I agree coconut water is a much more natural sports drink than…blue gatorade…but at the same time, I have to look at how much I get for my dollar. They don’t sell coconut water at my grocery store so it requires an extra trip to Whole Foods, which naturally I don’t mind but there’s no way I can step in a Whole Foods and drop less than $100 so the place is off limits right now 🙁 Sad.
I snacked on some Trader Joe’s trail mix + a plum— 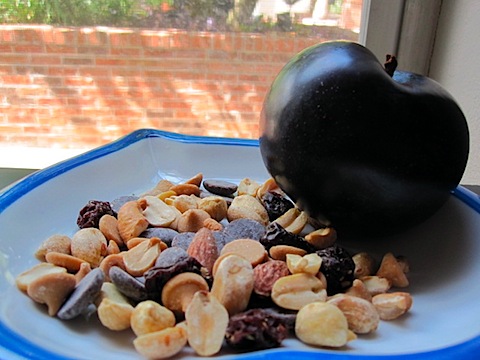 And dinner tonight was straight out of my Eating Well Diet Cookbook! 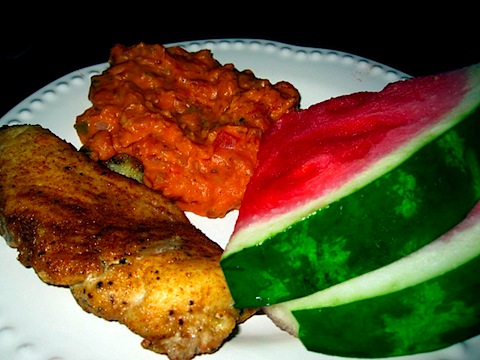 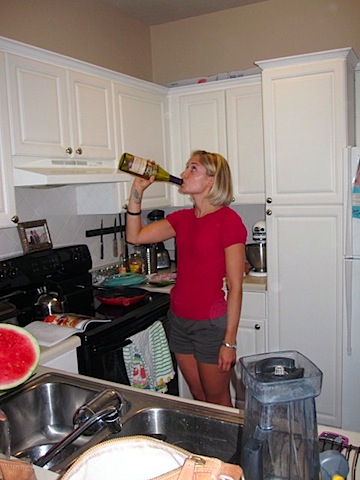 Anyways! Dinner was golden fried chicken with spicy refried beans (page 168 for those of you that have the cookbook!). I altered the recipe a bit by adding some flour and cayenne pepper to the chicken before I “fried” it in a small amount of canola oil. It turned out awesome…but my favorite part by far was the beans! How could they not be good with onion, jalapeno pepper, cheddar cheese and salsa in them?! Plus, its so much better make your own refried beans…no extra fat!
I had half of a champagne pear cupcake for dessert 😉 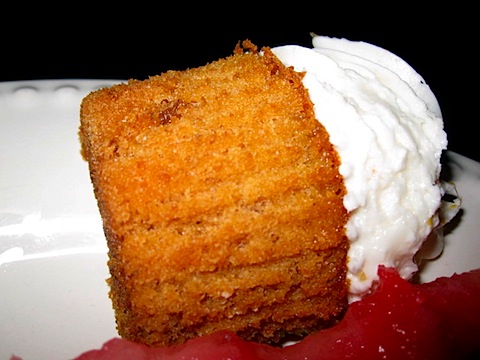 And now feel stuffed like a spring chicken!!!
Tomorrow I’m waking up at the crack of dawn for a leisurely 3 mile run outside. I’ve hydrated myself like crazy today and plan to have some gatorade before I go. I will report back on any differences I feel and hopefully I won’t spend all the rest of the day on my couch with a splitting headache like Saturday!
Time for bubble baths, pajamas and books.
G’nite!
DessertDinnerSnack
August 3, 2009 By jenna
56
Confessions Crack Goes The Distance 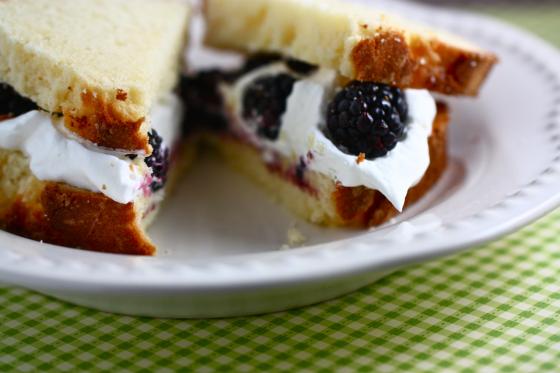