I Love My Bed.

I honestly have no idea how, for the past year almost, I have managed to not get home until around 11:50 and STILL wake up at 7 in the morning for a sweaty workout. Really, the idea baffles me. I’m not sure if I’m just plum exhausted and worn out or if I just know that the end is in sight (Thursday is my last day of work!), but I simply could not do it this morning.

I decided instead to try to make it an “active rest” day and do some yoga instead. I turned on that Yoga for Runners, which was great but I stopped it 15 minutes in and went back to bed. Hahaha! Oh well. I decided to officially “start” my Runners World 5K training plan on Friday because Friday is the first day where I have no work, just school at 6:30. For the next month all I’ll have to do is go to school—but in a week, I flip-flop back to morning classes so I can’t work during the day anymore. I’ll have tooons of time to work out and run and cook and its just no use killing yourself when you only get 6 hours of sleep! I’ll probably have more relaxed workout days on Wednesday and Thursday and then crank myself into gear on Friday.

Anyways, last night was looooooooooooong!! Got there at 4:30 and left at 11:45. I was pooped. But I did create these killer dark chocolates with caramel in the middle: 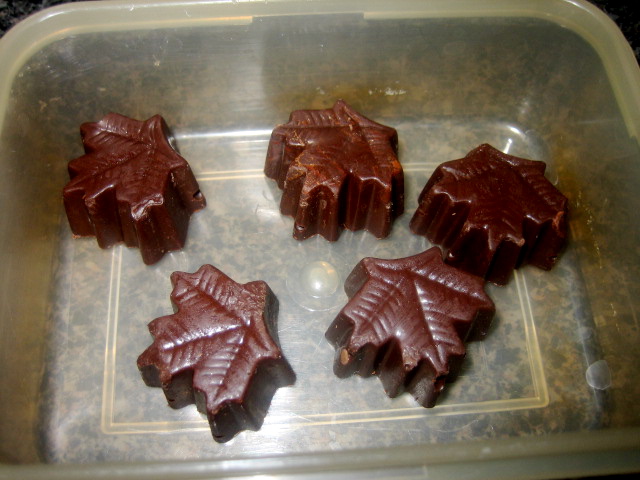 By the time these were done, it was 11:30 and I had seen/smelled/tasted enough chocolate for the night so I didn’t eat one. I’m saving one for after dinner tonight instead :). I DID have waay too many licks out of the caramel bowl though!

This morning I had overnight oats with fage, almond butter, 1/2 banana, cinnamon and maple syrup. My favorite! 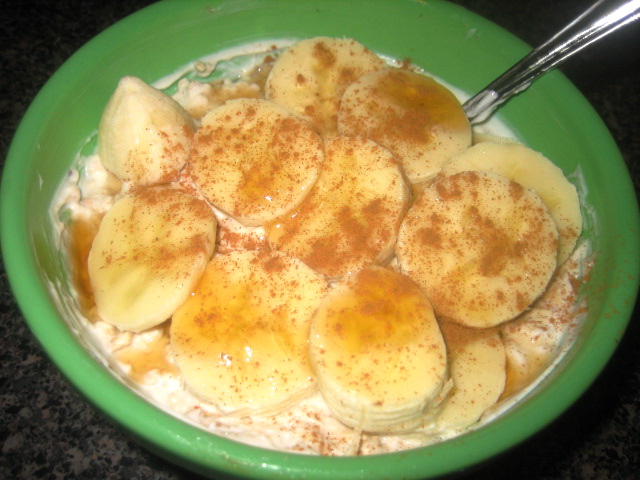 And for lunch I made and packed a bean and cheese burrito! 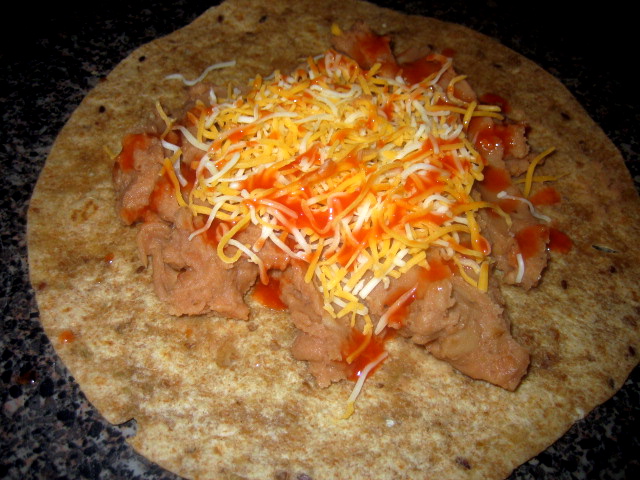 I used 1 whole wheat tortilla, 1/2 cup refried beans, 1/4 cup reduced fat mexi cheese and tons of hot sauce! Wrapped it up and will eat it with a peach for lunchie: Hopefully it won’t explode in the microwave at work….

And, for a snack later, a yogurt and 1/4th of a granola plank! 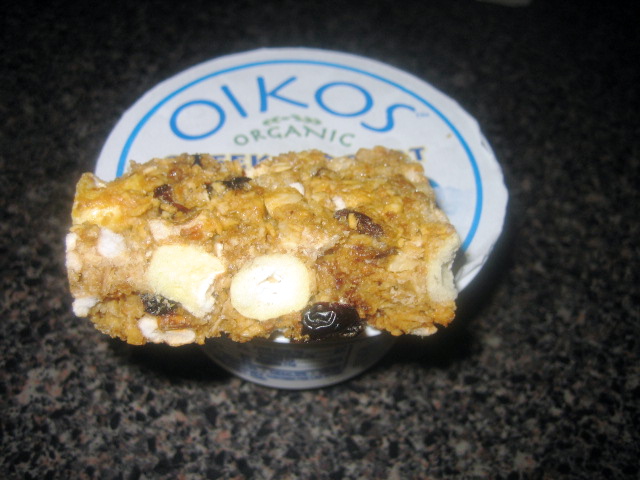 I also decided right now to bring an apple for a morning snack but no picture. Sorry, it was a spur of the moment decision! I feel very hungry for some reason this morning and I just finished breakfast!

Have a great Tuesday……I need coffee!!!!! 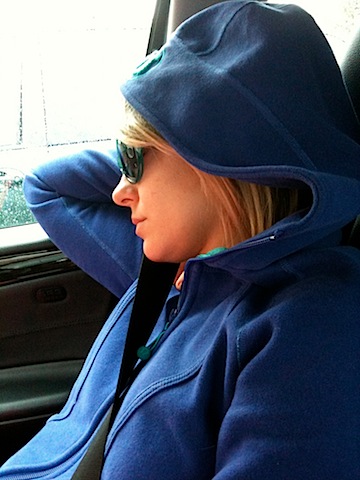