Busy Friday over here! I ran errands this morning before work and snacked on a little yogurt with puffins and jam before heading into work because I knew I wouldn’t get to eat lunch till later— 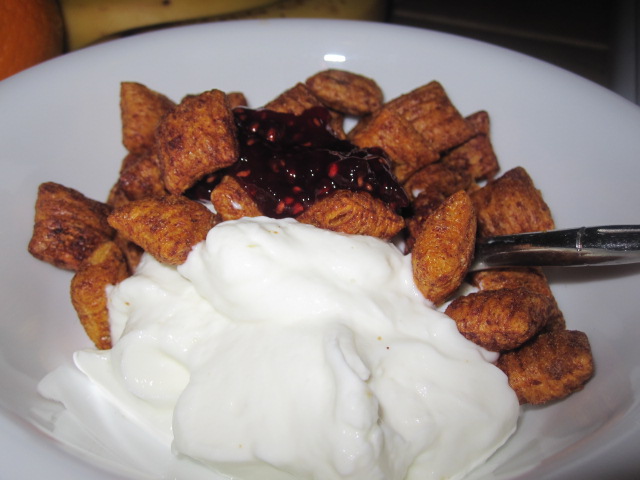 Held me over quite nicely!! Lunch was cottage cheese (~1/2 cup?) with a half cup of Nature’s Path granola, a mini muffin from work and a pear. 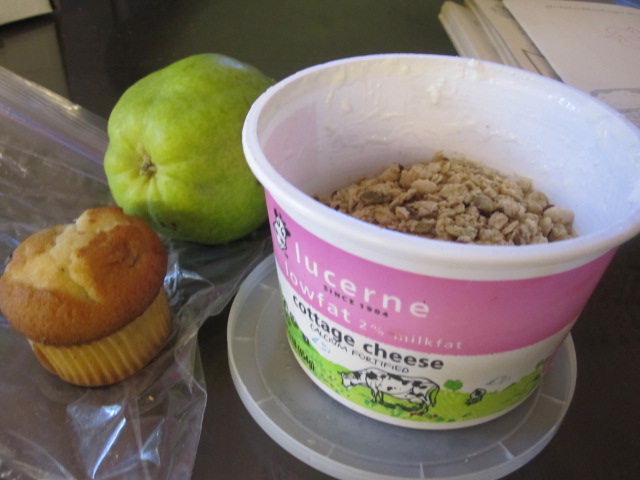 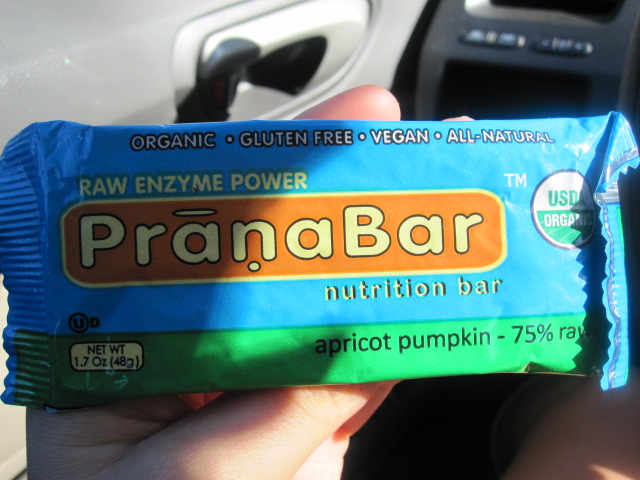 From the total depths of my black hole purse but really good! Don’t even know if I’ve ever tried this bar before but I liked the chew and crunch…and the simple wholesome ingredient list. I’ll have to be on the lookout for more of these…

So, you know you like what you do when you opt to stick around and hang out at work after work. Tonight was the last night of our live music series that we do on Fridays during the summer and I hung out for a little while with a glass of Viognier. The weather was peeerfect. Around 6:30, Julia (one of the girls I work with) and I decided to head over to the general store for a beer and then out to dinner. I haven’t had a beer in FOREVER but after drinking only wine for weeks, it actually tasted incredibly refreshing. Who am I?! 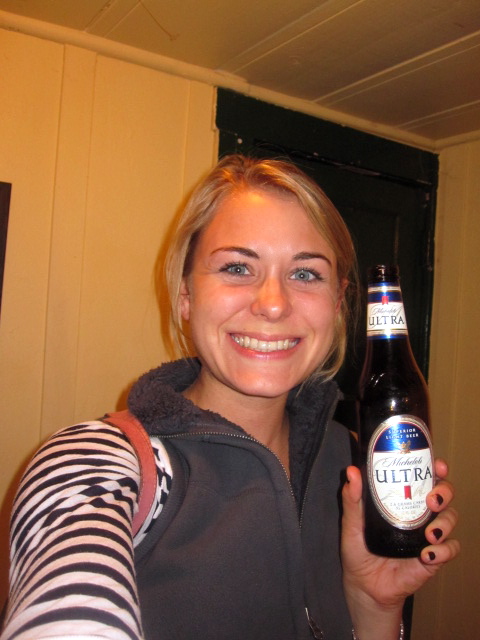 We made some friends at the general store and then the eight of us headed over to Ravenous for a bite to eat. Hardy was there to say hi and so was Eric…lots of fun! We got two bottles of wine for the table, a white and then a red blend…don’t remember names but I had a splash of both and they were good. I actually ordered the BURGER with gruyere, which I never ever do but I’ve heard it was awesome and (ok, let’s be honest) it was the cheapest thing on the menu.

But check it out! 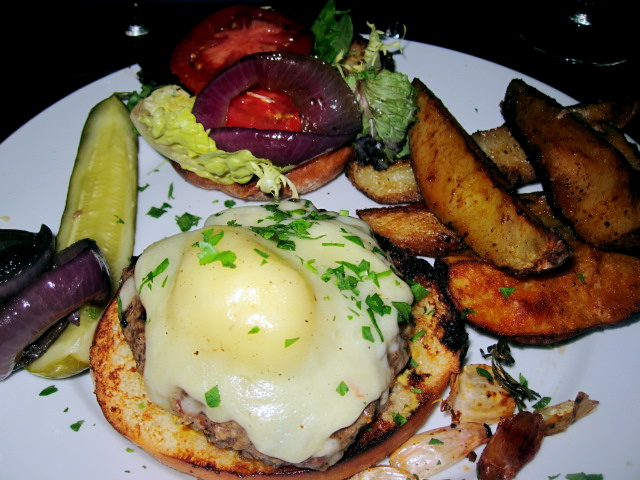 Now THAT’s a burger. And the fries were these huge thick wedges...not really fried at all actually. I ate about 80% of this…it was really good and hit the spot. I probably eat burgers maybe twice a year and when I do, I make sure they are awesome.

And then after dinner we sort of hit every spot in Healdsburg. The guys we were with were locals and we kept running into more people that we knew…small, small town! First we went to the B&B, which is a fine local establishment. 😉 We played Liar’s Dice and danced. Very fun. Then, wandered into Scopa…. and everyone else was going to dance at Barndiva ,but at this point I was sooooo tired and called it a night.

Overall it was a fun night! I’m excited to get into my pajamas and crawl into my cozy bed. Have to work an event at work tomorrow but don’t have to be in until noon so there WILL be yoga in the morning (I thought there would be yoga tonight….oops). 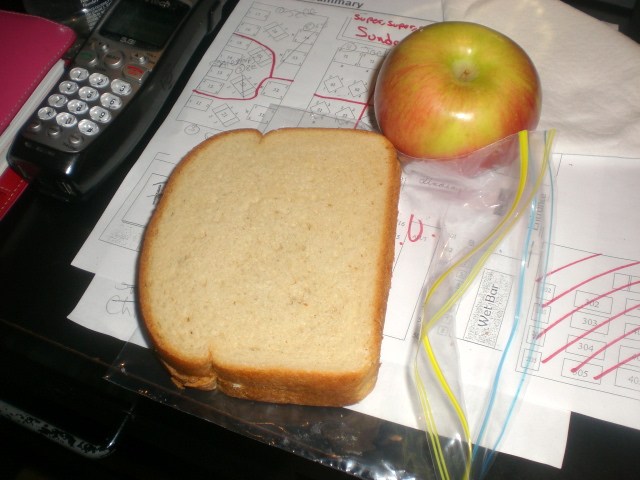 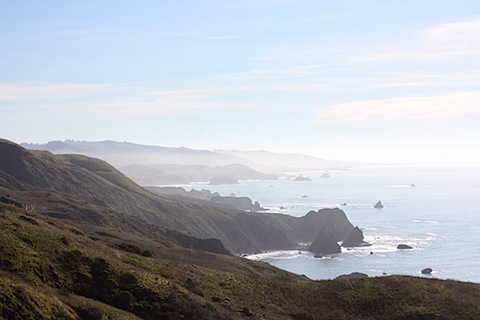