I just got back from my first Team in Training practice and let me just say, it was a doozy. Not the actual run itself (we only went 2.5 miles today) but just getting there! More on that in a minute. But first, when I woke up at 5:30 I had my favorite pre-run snack of a slice of Ezekiel cinnamon raisin toast with raw almond butter + 1/2 banana: 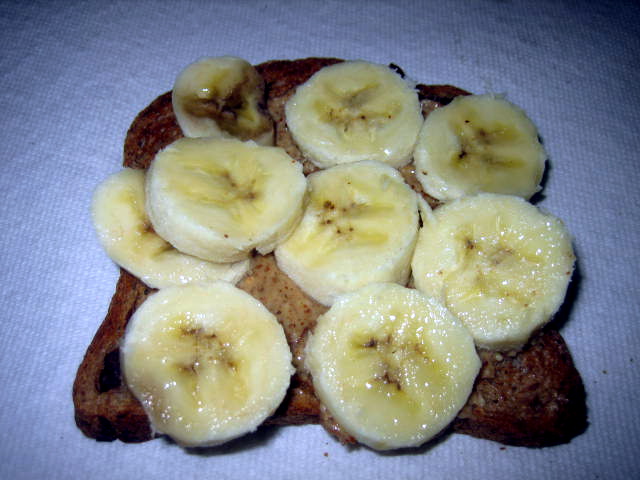 I was out the door at 6 because practice started at 6:30 and (I thought) I was about 30 minutes away. Well, I drove and drove and drove and COULD NOT find where my team was! I’d never been to this park before and it was HUGE (think national park!) and the minutes on my car clock kept going by and being late is my biggest pet peeve so I really started to worry. Finally, it was 6:50 and I was almost in hysterics and finally pulled in as my team was just running off. I quickly locked my car door and raced out and sprinted to catch up with them. I know it sounds a little silly to say I was in hysterics over being late but since the accident I tend to totally panic at the drop of a pin. Its like my body is still in that “fight or flight mode” and I’m ready for the next disaster. The slightest thing makes me totally break down, and things that shouldn’t be stressful somehow are. I’ve been told this is 100% normal and will get better with time.

Regardless, I made it, ran with my team and chatted with two new friends, one of which was wearing the same shin splint compression socks as I was! We actually were only scheduled for 2 miles today but the three of us decided to do another small loop for a total of 2.5 miles since we were one of the first finishers. The park was right on the water and it was a really pretty morning.

I got back home around 8:15 and was having a serious oatmeal craving! 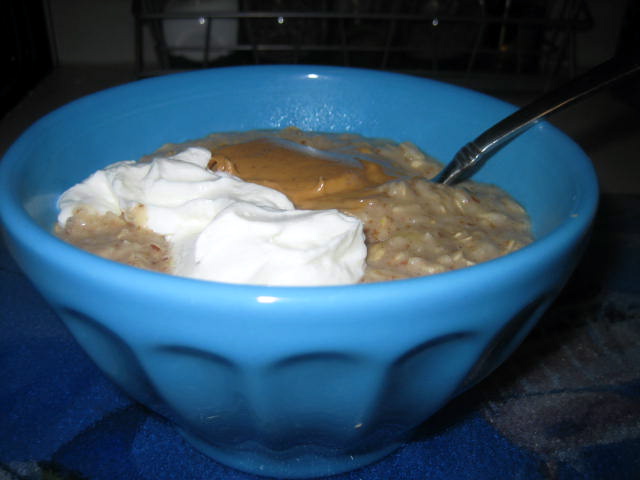 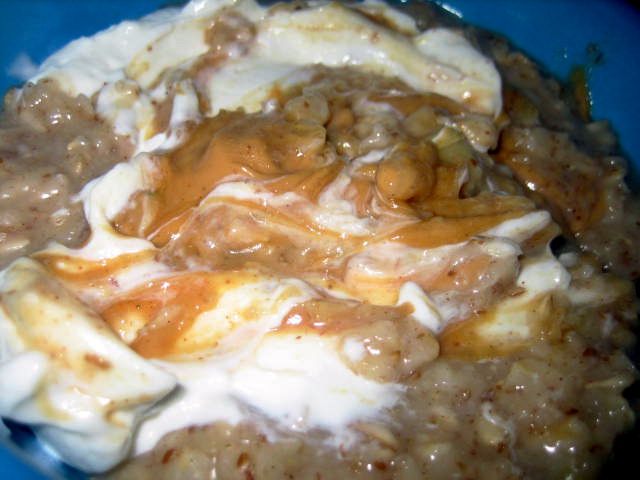 It was a seriously wooooonderful bowl, which I credit to my first tasting of white chocolate wonderful peanut butter! Oh my goodness, this stuff is amazingly tasty. I think it might be my new favorite out of all the Peanut Butter & Co varieties. So rich and creamy….yum! I also liked the addition of the Fage on top. Made the bowl extra creamy! 🙂

Ryan is out of town golfing today with a friend who’s first baby is due next week (he needed some guy time before!) and I am heading back to the Tampa Bay Fine Wine and Food Festival with my mom! This is actually her belated Mother’s Day present and something we’ve been looking forward to doing together for awhile. My sweet dad is being generous enough to drop us off AND pick us up so we can enjoy the wine tastings a little bit! 😉 Yesterday at the festival it was just the “pre-show” of everything that would be going on at the Grand Tasting today—and unlike yesterday I’m not going to eat beforehand so I can fully enjoy all the yummy restaurant goodies. Remember, I won’t be going into any detail in tonight’s post about my time at the festival today so you will have to tune in tomorrow to read all about what I did, ate and drank! 😉

After the festival is the highly anticipated Preakness—I’m routing for Rachel Alexander, what about you?!

I’m about to sneak in a 20 minute yoga download right now…. then its time to hit the showers and dress up again! 🙂

A lot of you have been asking about juicing. Click here to read my latest Creative Loafing article on how I juice, what I juice, what I USE to juice and the many benefits to get glowing! 🙂 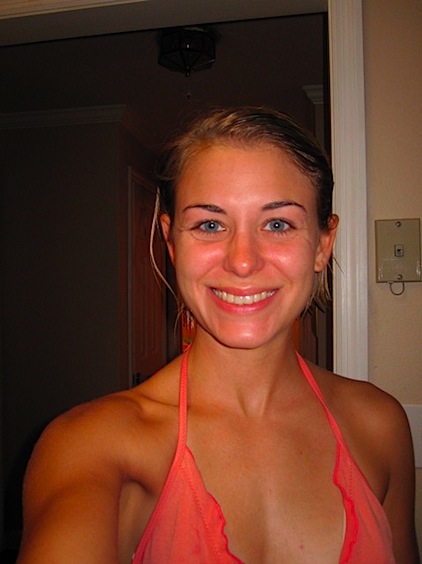 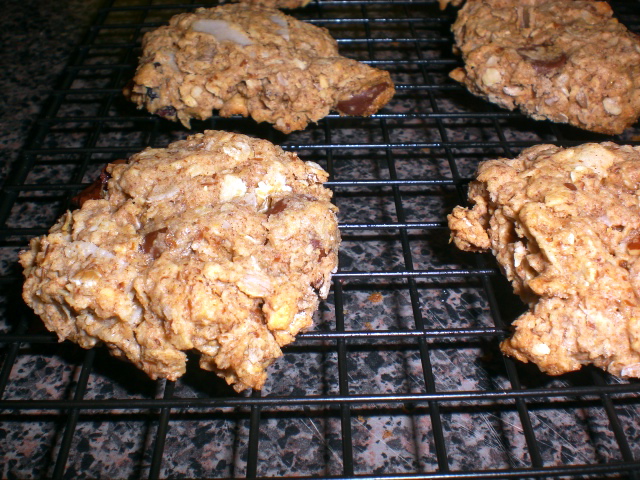 Are There Pores In My Purse?!