Out of all the breads I’ve made so far, I think ciabatta def. has to be my absolute favorite. It’s so soft!!! And so tasty! And…it has extra virgin olive oil in it so I have the benefit of helping my heart out when I eat it 😉

Today at school we made turnovers with puff pastry (mine were filled with chocolate chips of course but I already gave them away to friends), creme anglais, ciabatta bread, and made bread pudding with leftover danishes that has to sit overnight in the fridge.

I took the ciabatta bread home and made yet another really really REALLY good sandwich…using black forest ham and cheddar again! I think this sandwich was even better than the one I made the other day on the french bread though. I put honey dijon on it and some lettuce and used 2 ounces of ham and 1 ounce of cheese. I also had the rest of the fage container (2.5 ounces of yogurt) and a sliced pear. It was very filling and will give me tons of fuel for when I go work out in a little bit. Tonight is another early dinner because I have to be at work early and its going to be crazy! This lunch was about 471 calories

This morning, mid-bake, I snacked on some apple slices I had cut up this morning to take with me 🙂 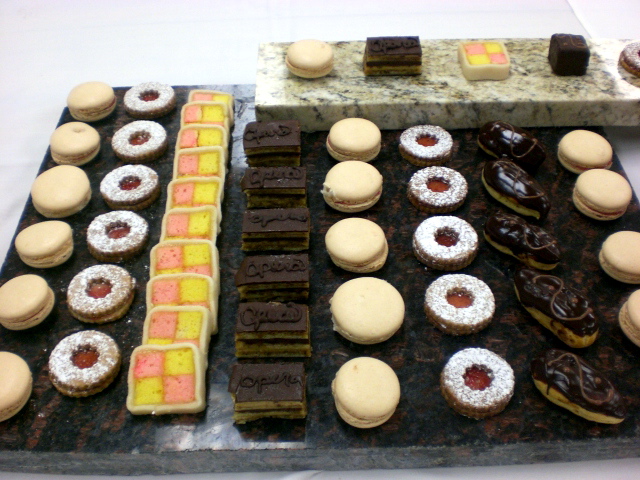