Glad you all liked my food & wine festival recap. I already am looking forward to next year!

This morning breakfast was a thick slice of banana bread + whipped cottage cheese (whatever was left in the container…probably about 1/2 cup or so?) 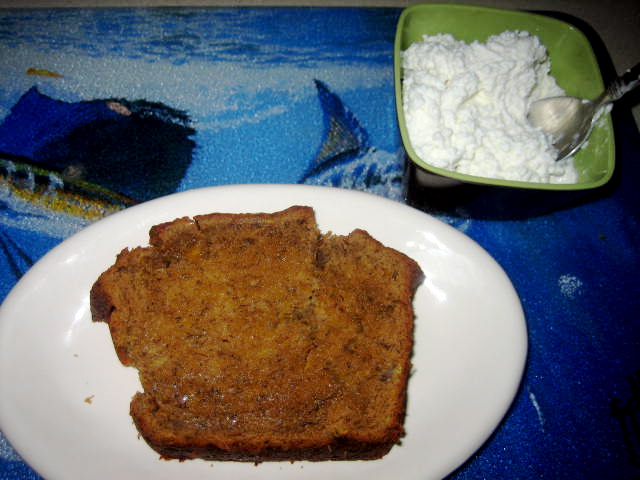 I just looove me some banana bread!

And then when Ryan woke up I decided to surprise him by making him a big Southern breakfast! I just LOVE cooking for other people….it makes me so happy! 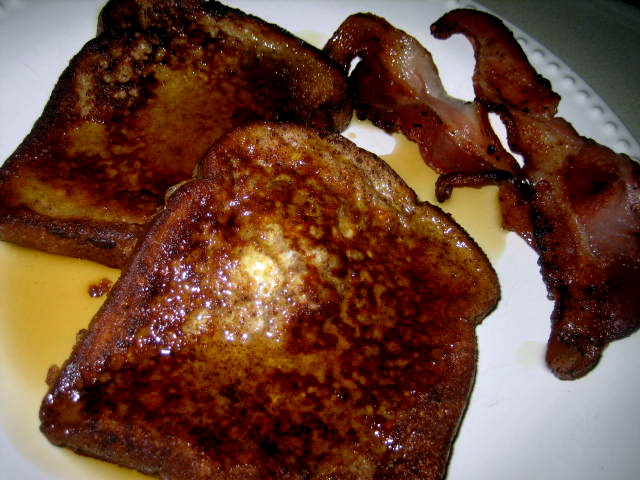 I made him french toast and applewood smoked bacon and he loved it!

Now I must confess, I took a different approach to my french toast making this morning because I read somewhere that it produces the best french toast in the entire world……I fried it! I didn’t deep fry it or anything but I definitely “lightly” fried it in about 2 tbsp-ish of canola oil and then when it was done I drained it on paper towels. For the actual french toast batter, I used 1 egg with a splash of almond milk, pure maple syrup and cinnamon. Ryan said it was the best french toast he has EVER tasted! Bold statement, I know.

After breakfast we went to Church and then had lunch at Pita Pit. I had the usual whole wheat pita with hummus, babaganoush, avocado, onions, spinach, banana peppers, black olives, feta and hot sauce-— 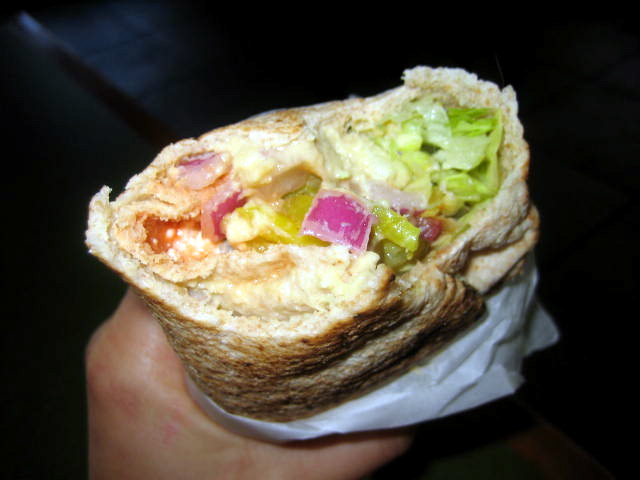 It was wonderful, obviously. I just love me some pit.

And then…….I coerced Ryan to take me to the brand new cupcake store right next door! I was SO excited to try “Frostings” and all their cupcakes were so cute. They weren’t huge like some cupcakes, but were more the size you would bake at home. I love perfectly portioned cupcakes! 🙂 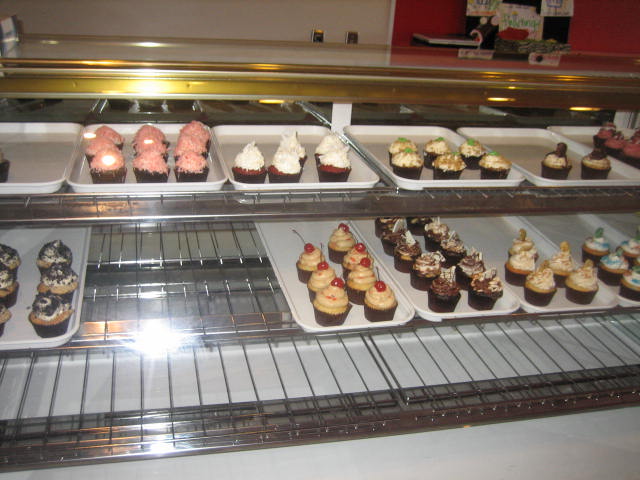 Frostings just opened last week and had red velvet, tiramisu, s’mores, margarita, strawberry, key lime pie and banana split. Ryan, being the sweet boyfriend he is, told me I could pick one to try so after studying them all for about 10 minutes I finally picked the S’mores! 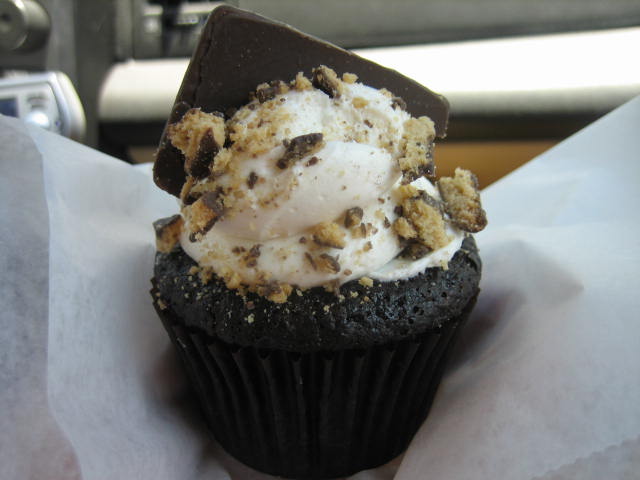 The S’mores cupcake is a rich chocolate cupcake topped with marshmallow whipped frosting, graham cracker crumbs and a chocolate covered graham cracker. Holy yum! I tell you, it was the hardest thing I’ve ever done to drive home with that cupcake in my hand and not eat it until we got home and I could make more of a blog presentation out of it instead of just stuffing my face. Ryan thought it was hilarious and drove reallyyyyyy slow to spite me.

You better believe that the first thing I did upon opening the door was leap onto the couch and devour my treat: 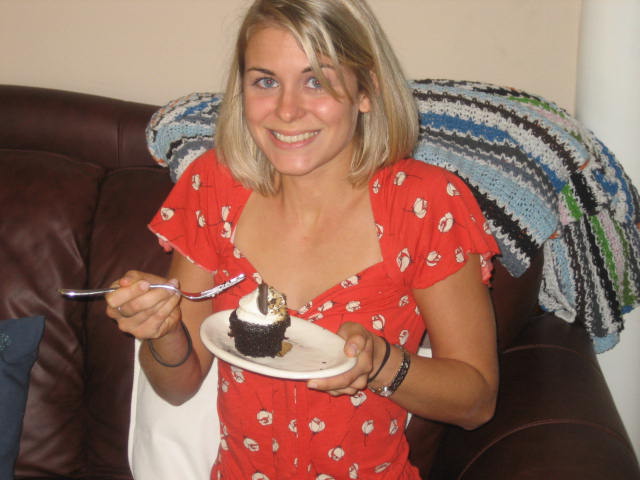 I don’t even remember the last time I treated myself to an afternoon cupcake just because. It was totally awesome even though now I feel rather bloated and quite stuffed. It was worth it!

baked goodsBreakfastcupcakeslunch outRyan's meal
May 17, 2009 By jenna
44
Wine and Food Galore Pasta and Bread, Oh My!

Up With The Birds 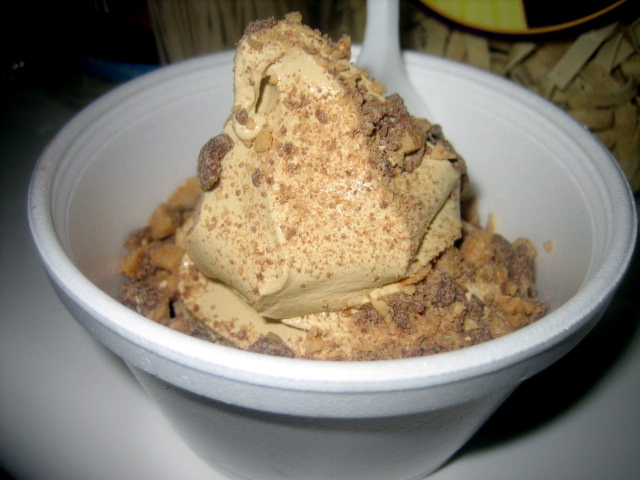 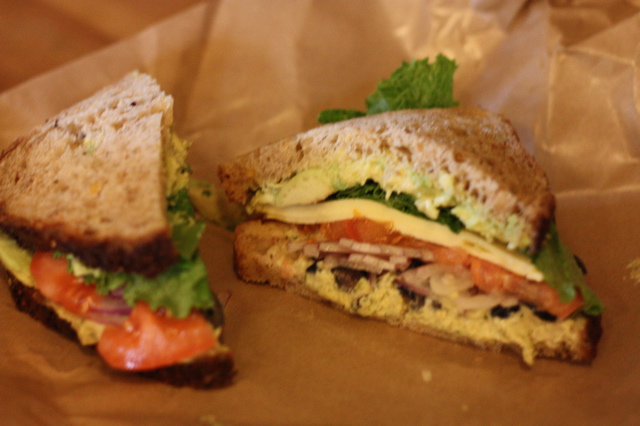