Like I said before, the views I’m expressing are totally mine alone. I’ll admit to the fact that I’ve been pretty oblivious about omega-3’s. I mean, I eat fish and love it…especially salmon. Because of this, I figured I was getting enough fatty acids but really had no idea what the current recommendations by the AHA even were. I’m actually sort of embarrassed by the fact that I write about health and fitness but, like the majority of Americans, I don’t really know my stats.

What I have realized today is that even though I do eat fish, I don’t eat fish enough to get the recommended amount of omega-3. The American Heart Association says we should be eating fish twice a week to get the minimum amount to benefit our bodies and the more I think about it…..I don’t do that. I eat the occasional salmon burger and when I have extra cash I spring for smoked salmon from Whole Foods but that’s probably only once every few weeks…if that. 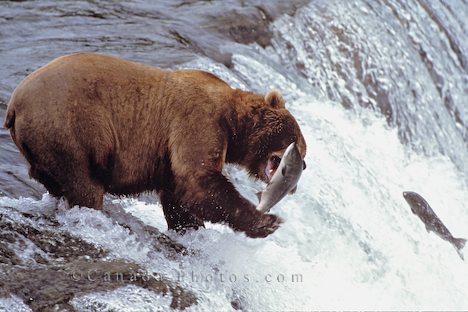 It then hit me that I am part of the average American statistic that only 1 in 10 eat enough fish to supply themselves with the proper amount of omega-3.

The idea never occurred to me to actually take fish oil. To be honest, fish oil just never seemed sustainable to me and has always sounded totally gross. I mean…it’s fish and it’s oil. I like fish when its grilled or seared and sprinkled with sesame seeds and beurre blanc. I don’t like liquid fish. 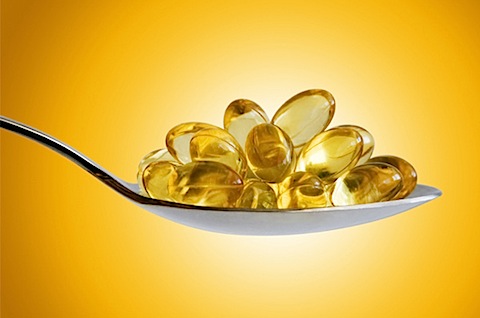 The product I’m learning about, New Harvest, brings us the first ever totally 100% vegetarian omega-3 oil. This oil contains EPA, which is one of the omega-3 fatty acids. 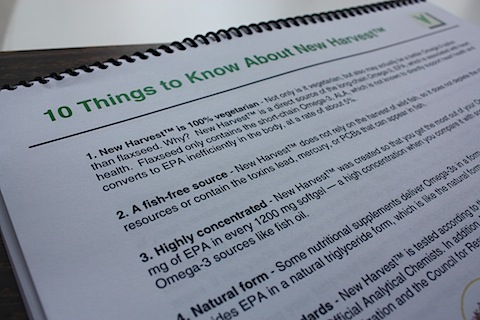 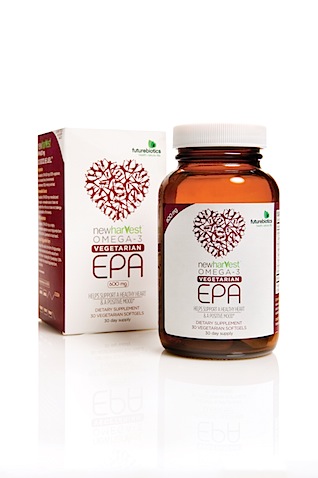 There are three, by the way, of these fatty acids. You’ve got DHA, EPA and ALA.

Repeat after me: DHA EPA ALA. 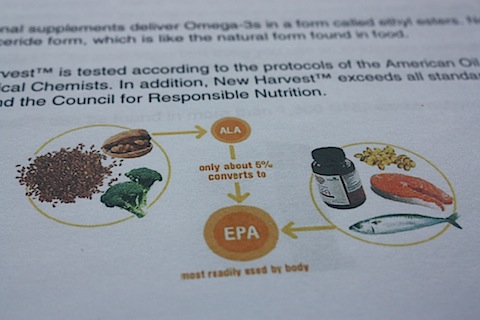 DHA and EPA are pretty much are the same thing and are both found in fatty fish. These fatty acids are associated with the reduced risk of cardiac death, which is the leading cause of death in Americans today.

ALA is that fatty acid that is found in flaxseeds, walnuts and canola oil but is converted very poorly to DHA and EPA in the body. Vegetarians think they are getting their omega-3 by consuming flaxseed oil but really it’s not working out as well as they think because its not being converted properly in their body.

New studies have shown that even though their fatty acid chains appear to be the same, EPA is actually better for us than DHA. In a 6 week clinical study, DHA actually raised LDL levels (the BAD cholesterol). Not cool.

New Harvest provides us with EPA….not DHA. No fishy smell, no fishy burps and no worries about fishy sustainability. All you get is a healthy hearty and an “improved emotional state”. I have to admit, I’m most curious about the emotional state. We could all use a little more of that in our lives, no?

Maybe its just me. I should be a nicer person, I know.

Off to go cook lunch here.….photos to come! 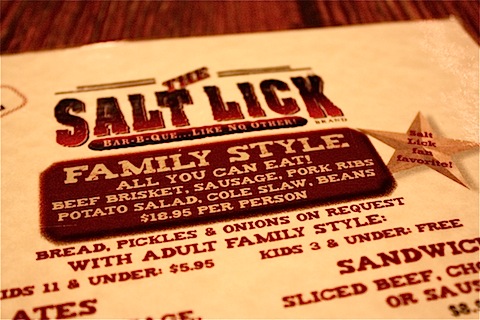 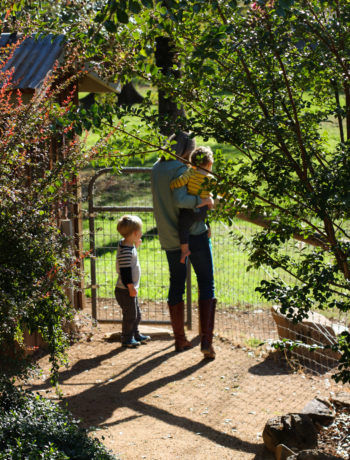 Our Weekend at the Farm