Ryan surprised me TOTALLY by taking me to the Ethiopian restaurant here I’ve been dying to try. Now, Ryan is a sort of pizza and tacos kind of guy. This restaurant was definitely out his comfort zone—but he researched it on this website that shows vegan/vegetarian options in tampa bay. He even read the menu to see if there was stuff on it I would enjoy! What a guy! 🙂 The restaurant— Queen of Sheba— was wonderful though. Really, really good. I had never had Ethiopian food before but I can say I like it now. One entire page was dedicated to tasty vegan options! Things like lentils and greens were the most predominant items of the menu, and everything was spicy! Ryan and I started off our meal with a glass of wine. I got red wine from South Africa, which was very yummy, and Ryan got a very dry red from Ethiopia. Just for kicks and giggles, we ordered an appetizer to share because we both were branching out. All the apps were vegan, except for one, so we ordered the Vegetarian Sambussa to share. It was basically like an egg roll stuffed with a spicy green lentil mixture. Even Ryan liked it! 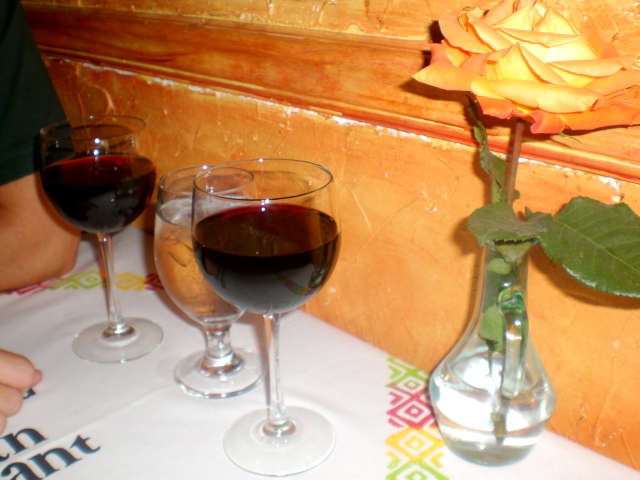 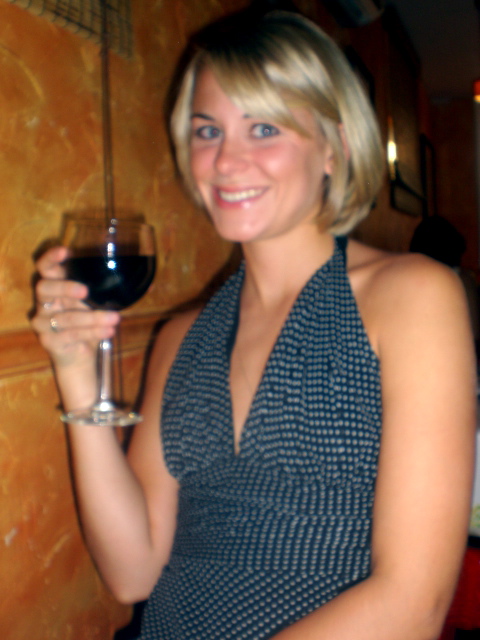 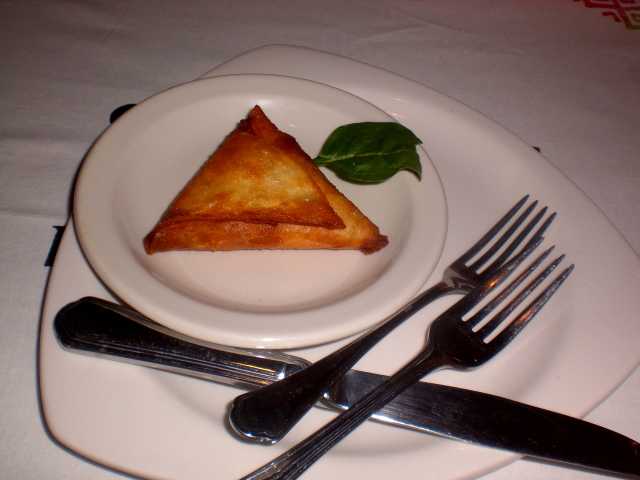 For my entree, I just couldn’t pick so I settled on the Vegetarian Platter, which was a little taste of everything on the vegan menu. It was served on the soft bread that you were supposed to eat with—no silverware was on the tables! On my platter I had ye misr wot, a mixture of spicy red lentils, ye kik alecha, simmered yellow split peas with spices, atikilt alecha, carrots, potatoes and beans, some chickpea creation and collard greens. I loved it ALL but I think my favorite was the ye misr wot. I basically cleaned my plate, except for a few bites. I was stuffed but it was worth it because it was the best meal I’ve had in awhile. I’ll definitely be back! Ryan, of course, had the meat combo plate that had chicken, beef and lamb. We were both happy! He agreed it was better than what he thought. 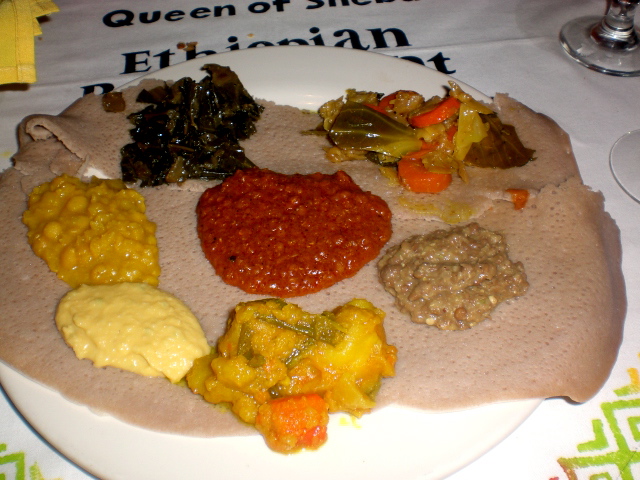 Dinner went by quickly due to fast service and a small restaurant (it was packed though!) so when we got done around 8:30, we didn’t want to go home just yet. We decided instead to go to this restaurant/bar and sit outside and have a drink. I ordered a glass of a Spanish red and Ryan had his usual, a rum and coke. 🙂

So, it was a great night with delicious out of the ordinary food! I had three glasses of wine in all—one glass of white while I was getting ready at the apartment, a glass at dinner and a glass after dinner. Three is my limit and I was ready for bed after all that! We didn’t need dessert because dinner was SO filling and we had after dinner drinks instead.

Then…I slept until 9:00 this morning!!!! We were up at 3 am last night for awhile because there was a horrible storm and Dexter was scared. I needed the extra sleep! Today, of course, is Father’s Day and I’ll be going over to my parents house shortly (I think I might work out in the upstairs gym first…maybe…..). My dad and my brother are playing golf all day and I’m just relaxing with my mom. We are making dinner together tonight but not sure what we are making yet. Lunch will probably be a relaxed affair!

I had a bowl of my new cereal I got at the store yesterday: Barbara’s Shredded Oats, which were like a healthy form of Quaker Oatmeal Squares. Really good…maybe a new fav because it was very filling! Oh and just so that Ryan is held accountable for this: I served his cereal this morning with soymilk and he said he really liked it and from now on, we can just buy soymilk instead of dairy milk. I’ll have to remind him that he said that!! 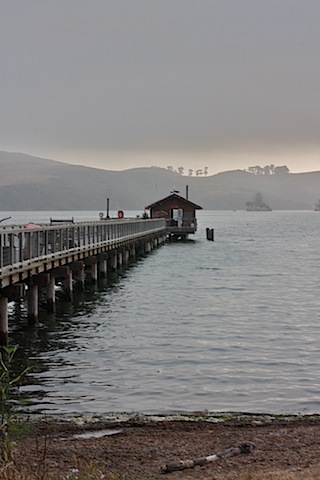 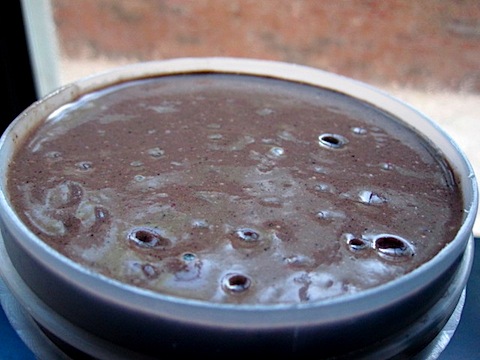 All About The Pumpkin