Behind The Butter/ Dinner/ Lunch

An Indian Feast In Under 30 Minutes!

Another busy day but I thrive off of being busy and having tons to do so it works out perfectly! I hate being bored and feeling restless! I packed my lunch last night, like I said, but I made a mental note to myself never to pack a hummus/tabbouli/spinach pita (I used a couple tbsp of hummus and 1/2 cup of pre-made Cedar’s Tabbouli) the night before because it gets mushy!! Today when I opened my cute orange lunchbox I saw to my dismay that my pita had turned to mush under the weight of the hummus 🙁 Oh poo! I ate it anyways of course and it still tasted good but the texture just wasn’t what I was shooting for. 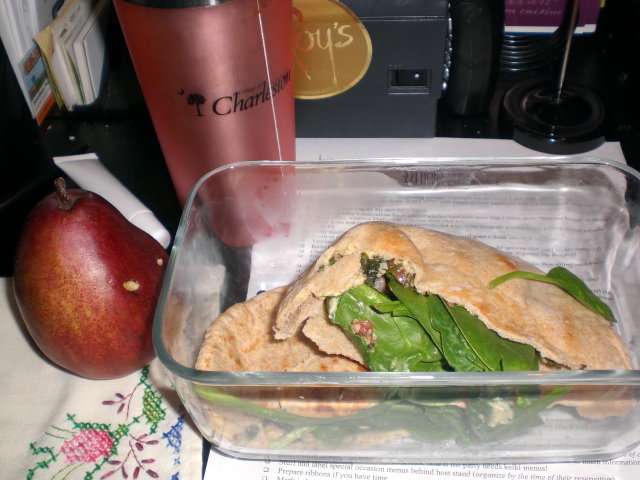 With hot decaf english breakfast tea, my cute napkin and a juicy pear 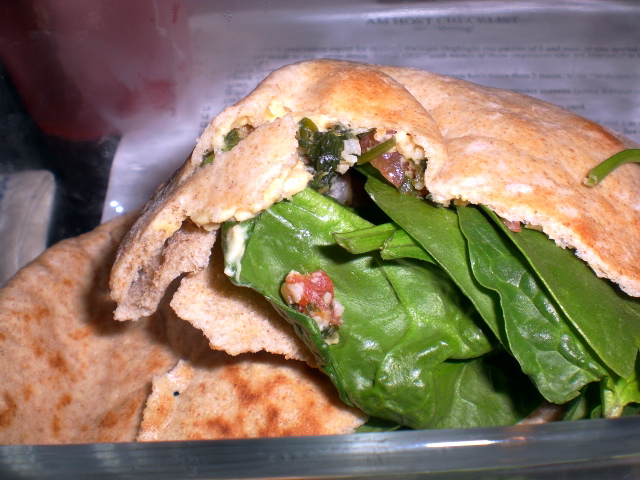 For a snack I nibbled on a granola pack that Ryan’s mom put in my Easter basket (yes, I get multiple Easter baskets–not complaining!). I had never tried this brand and don’t think I would eat it for breakfast because that little serving, which I’m sure was 1/4 cup, was 170 calories! I could almost eat a whole cup of peanut butter granola for that and I like that better anyways! This made a good snack though and I will pack them again. I also sneaked some pineapple from the Chef’s prep line! Gotta love working at a Hawaiian restaurant! 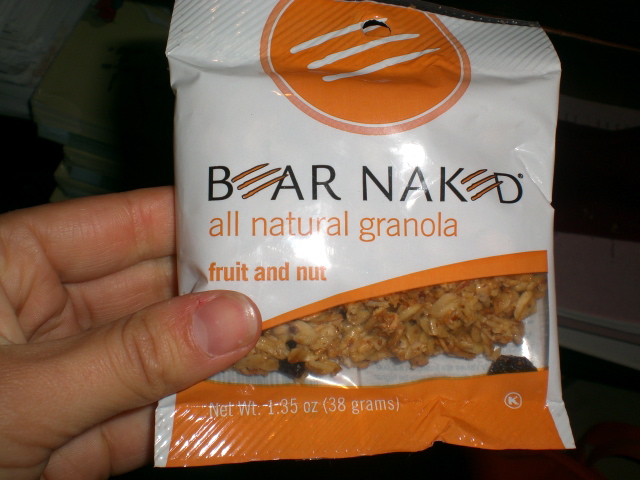 I brought Happy Herbivore into my kitchen again tonight with her scrumptious recipes! Since I’ve had a craving for ethnic food lately, I made her Dal with Aloo, except I ate my pita on the side and also had some kale. The meal was pretty amazing and very filling (or maybe that’s just because I ate the entire potato, half of the lentil recipe, kale AND a pita~gotta have my fuel for the night!!!). The Dal REALLY had a kick to it!!! If you don’t like spicy stuff I suggest you tone down the spices a tad, but I love anything spicy so it was a perfect fit for me! I’m finding I’m really liking experimenting more with different cultures’ cooking. This meal was spicy and satisfying. I have never used Garam Masala before and bought it especially for this Dal, but I’m sure I’ll be using a lot more of it in times to come! I actually made the Dal this morning while I was getting ready (it only took 20 minutes to prepare) and I think that made it actually better tonight because the flavors had time to set in a bit in the fridge. Good thing I made enough for leftovers! 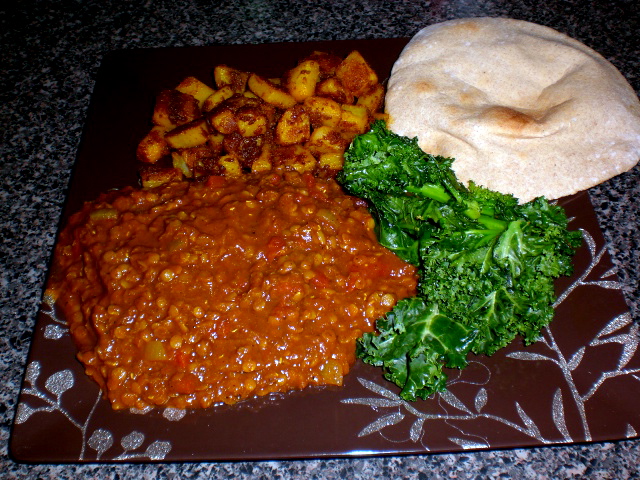 I’m stuffed!! Off to school—we are baking off some apple strudel, spanokopita and fruit tarts tonight….pictures to come in the morning! 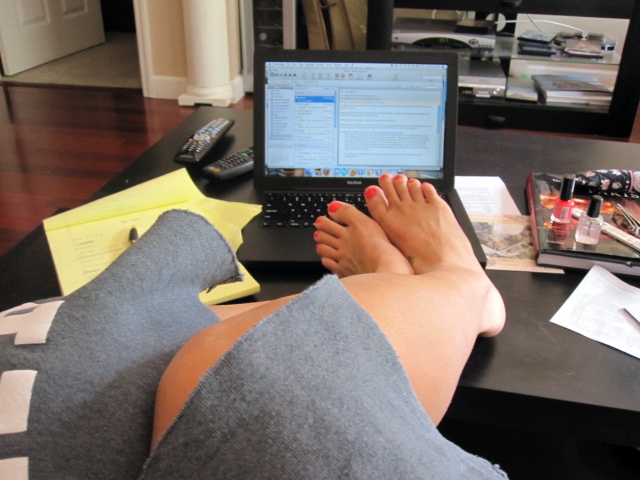 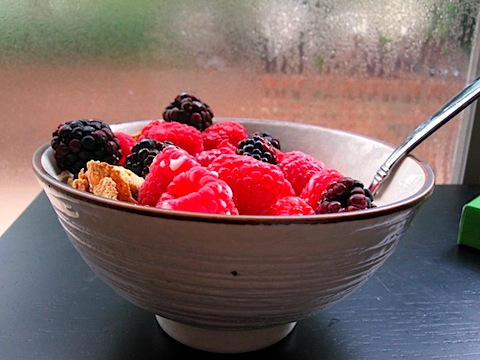 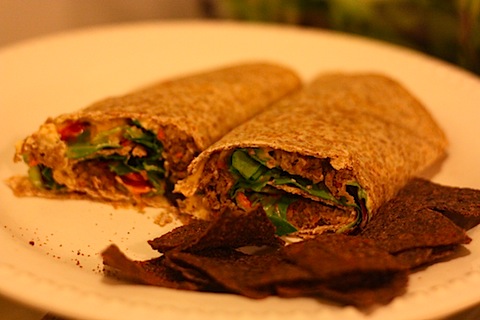 Is It Bedtime Yet?