I don’t know about you, but I’ve had a serious case of the Mondays here….its hard to go back to work after a fun holiday weekend! Waking up at 5:30 doesn’t help either! Once I finally rolled myself out of bed this morning I made some oatmeal using 1/2 cup multigrain cereal, 1/2 cup vanilla hemp milk (yummy!), 1/2 cup water, half a scoop of chocolate protein powder, 1 tbsp almond butter and half a banana.

The hemp milk made this bowl extra creamy! I just wish it weren’t so darn expensive!!

Around 9:30, I snacked on a Think Organic bar 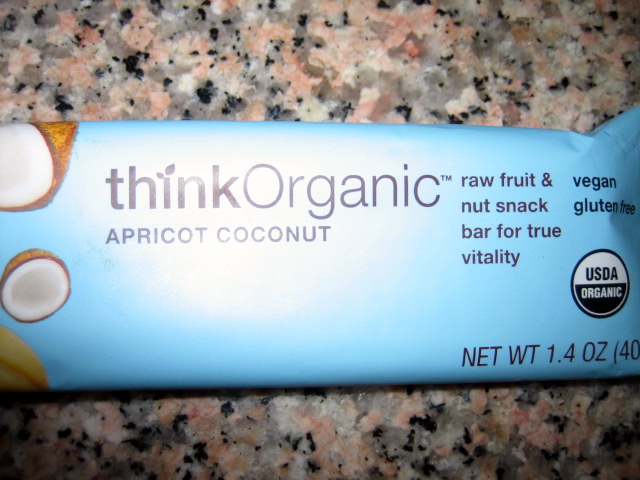 I had never tried this flavor but ended up loving it. The apricot gives the bar a little tartness and a really good chewy texture.

Since I didn’t have time or energy to pack a cool lunch for work today, I just brought a can of soup and an apple. I tried this new split pea soup that I found at Greenwise for a change and LOVED it. It was SUPER thick, just the way I like my split pea soup. I guess that’s the “country style” in it!

You really can’t beat split pea soup. It’s chock full of protein (18 grams here!) and is so thick and wonderful that it keeps you full for hours on end. Of course I would rather make my own but sometimes life gets in the way and it’s great to know wonderful canned versions are out there!

After work I snacked on half of a homemade bagel (made by Adam on Saturday) with almond butter and raspberry preserves.

It could be my favorite snack ever.

Today at work was a lot slower than last week, obviously, and we spent the whole day catching up on stuff we had run out of. I baked tons of cookies—

Made bread pudding with bananas and chocolate chips 🙂 Unbaked— 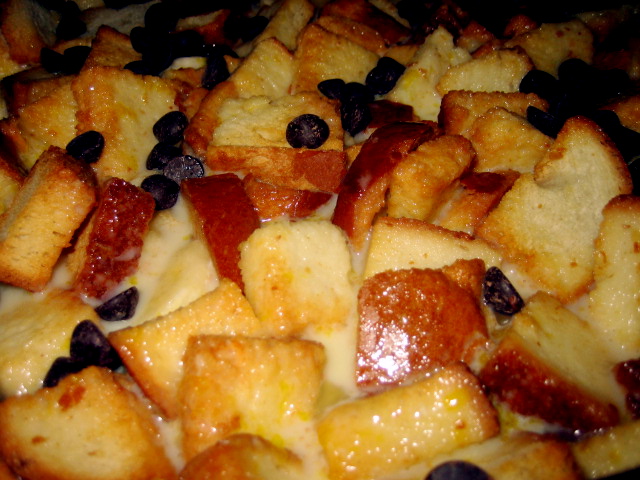 And did a ton more stuff like make the usual rolls, punched out cheddar wafers for 3 hours and made more pie dough. All in all it was a productive day, even though I felt quite sleepy and monday-ish the whole time. One of the sous chefs brought me a white tea Fuze because he knows how much I love Fuze (I usually drink one a day at work) so that was nice and thoughtful of him!

In about half an hour I’m headed to the gym for BodyPump. I’m not as pumped up (haha) about it as I usually am but I’m hoping it will get me out of the funky monday mood I’m in! 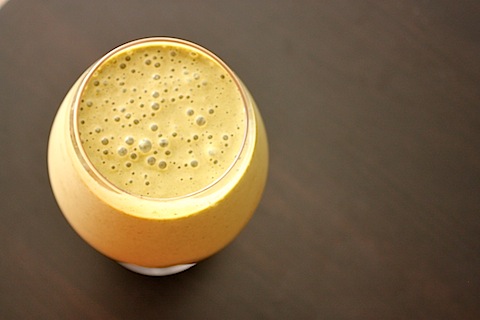