Hope y’alls Saturday is going just peachy. I worked at the Wine Center all day and ran my tail off. Glad that I ate a hearty (and red?!) lunch before heading in: 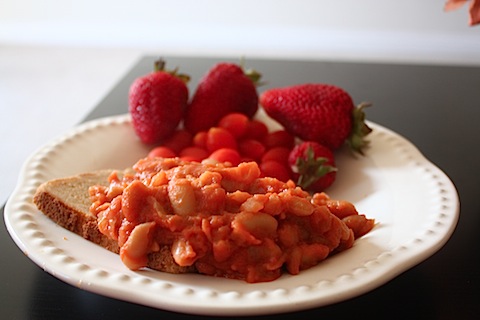 Reheated homemade baked beans that I made, then froze, last month along with millet toast, cherry tomatoes and a few strawberries. Red for the <3!

A couple of the boyfriend’s friends are in town, so we decided to hit up Underwood for dinner last night. The coolest part of Underwood is the fact that it is in Graton, California. Where is Graton, you ask? Enough said.

I tried their soup of the day, which was a sweet corn chowder with pumpkin seeds and bacon: 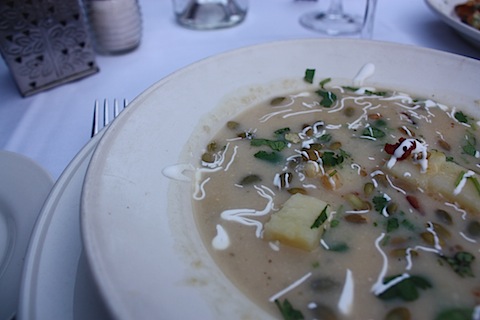 The flavors were great but the soup was a lot thinner than I thought. When I think of the word chowder I’m thinking soup so thick that when you turn your spoon upside down there is zero dripping. Perhaps I’m just stuck a childhood obsession with New England clam chowder with oyster crackers and need to get with the new fangled California ways….I don’t know.
I also ordered the beet salad because it was beet salad. 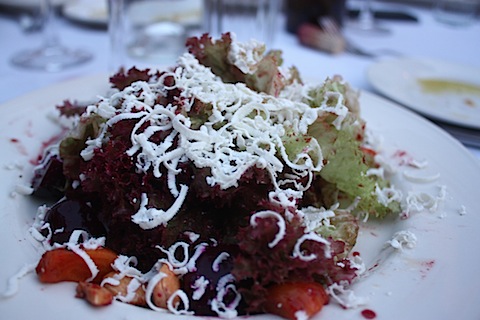 Meh. Not terribly impressed. There were only like three tiny beets and it just needed a little somethin’ somethin’, ya know? I mean don’t get me wrong, I cleaned my plate and liked it, but it wasn’t the best beet salad I’ve ever had in my entire life.
Now, this masterful creation on the other hand blew my socks off. 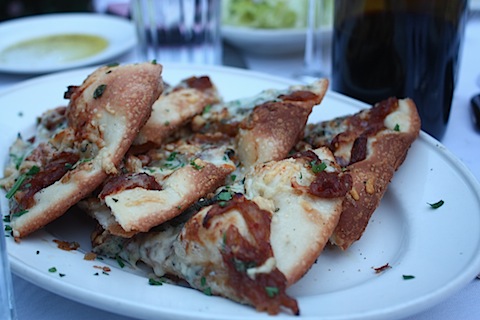 That would be a walnut, caramelized onion and blue cheese flatbread and it was clearly send down from heaven above. The flavors were perfect and it was gone in about .5 seconds.
The rest of the night entailed of Mario Cart and white russians and somehow I managed to wake up at 7:30 for work today (yes, I work Saturdays. Fail). It’s going to be a pretty crazy day (we have several really large groups coming in that I’m assigned to) but I’m fueling up on coffee and a soon-to-be very large bowl of oatmeal.
Whewwwwwww!
June 19, 2010 By jenna
42
Seven Years and Wine Get Down, Get Funky 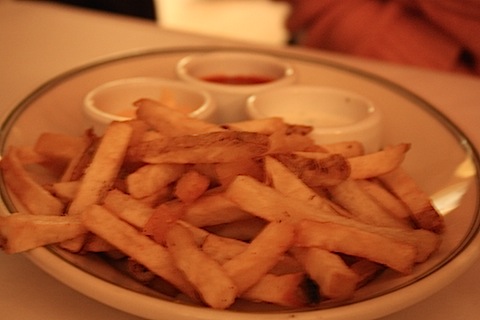