I’ve had a headache all day but am trying to make the best of it…..I think its the change in weather that has spawned this. Yesterday it was nice and warm and sunny and today it is COLD and gloomy! When I went to a neurologist to have my headaches checked out awhile ago he told me that change in weather is the number one cause of migraines in people.  Crazy, huh?!

Anyways, this morning I had some overnight banana oatmeal

It consisted of 1/2 cup oats soaked in a half cup water overnight and then mixed with 1 tbsp almond butter, 1/2 cup Fage, 1/2 mashed banana, tons of cinnamon and topped with pom seeds and agave! It was deeeelicious!

It held me over very well also! Around 9:45, I snacked on my favorite hot bar! 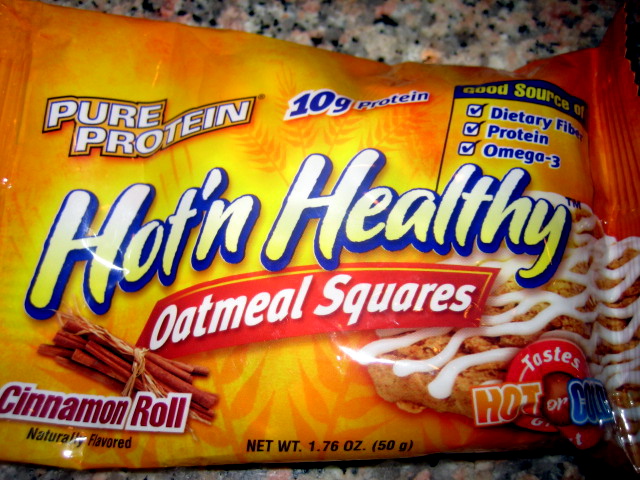 Mmmmmm I’m pleased to report that the cinnamon roll flavor was just as good or maybe even BETTER than the chocolate chip. I just can’t get enough of these, now that I have learned to warm them up (10 seconds in the micro). A-m-a-z-i-n-g!!!! And very filling!

For lunch I had raw veggies with Sabra’s hummus: 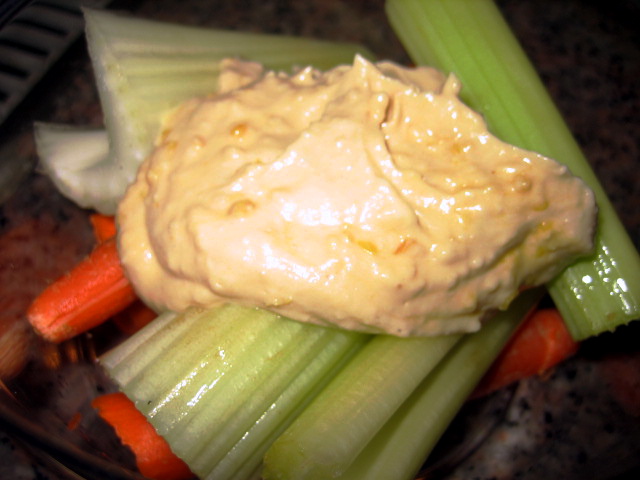 And a baked sweet potato with a half cup of whipped cottage cheesy and cinnamon! 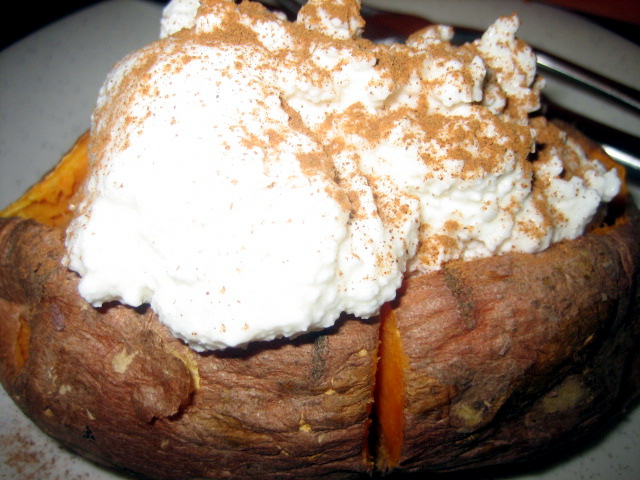 This lunch is always so satisfying. Yum yum yum 🙂

I ran errands after work and and just got in around 4:00 to have a quick snack of a strawberry chobani with 1/4th cup Quaker oatmeal squares

Today at work we switched up the breads so that was exciting! We switched the white “parker house” rolls to a honey wheat roll (!!) and switched the beloved olive focaccia to an equally yummy and decadent cinnamon raisin challah 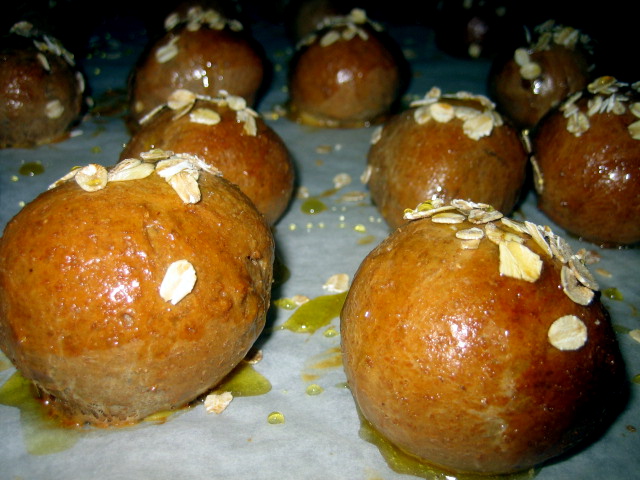 For the challah, I made a basic challah dough, let it retard in the fridge overnight and then this morning scaled out 1 lb portions and filled each with a mixture of brown sugar, cinnamon, raisins and toasted pecans!!

Deliciously decadent! Or at least it smelled that way—I didn’t get to try any yet!

So puffy and golden out of the oven, it makes you wanna shout HOLLAA!!! That’s the joke I said at work today except no one else thought it was that funny except for me. Hmmm…..

I also did other fun things like bake chocolate cakes and made chocolate mousse to stuff inside of the cakes later this week (picture to come then with the finished product!). I also made all the doughs for tomorrow (honey wheat, cinnamon raisin challah and an olive baguette) which took a good amount of time.

I’m going to go cook my dinner for tonight (SO excited) and get ready for spin class at 6:00. I wasn’t going to go since I have a headache but randomly exercise actually helps my headaches a lot of the time. I’ll see how I feel in an hour I guess!

Have a wonderful afternoon! 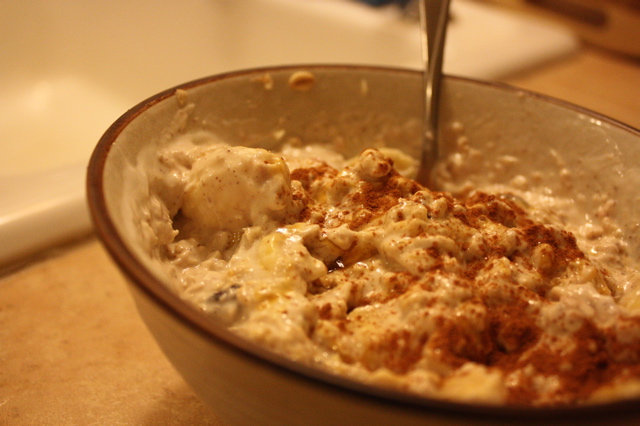 Once And For All