Sorry for my lack of posting last night…..it was a long story but here was the gist: Christie was supposed to leave New Orleans at 8 am yesterday to get here in time for the show (its about a 10 hour drive)….but who knows what happened and she ended up leaving around 11 am instead! So……she told us all there was no way she could make it to the concert (and she talked herself out of three tickets on the way but that’s another story) so we had to go without her, and then she showed up in the middle of the show still wearing her pajamas from her long drive!!!! It was crazy and fun!

I wasn’t really a huge Jake Owen fan before the show but I’m definitely one now...I just wish I could have taken more pictures but it was pretty hard to get a good shot. Here’s the one I got: 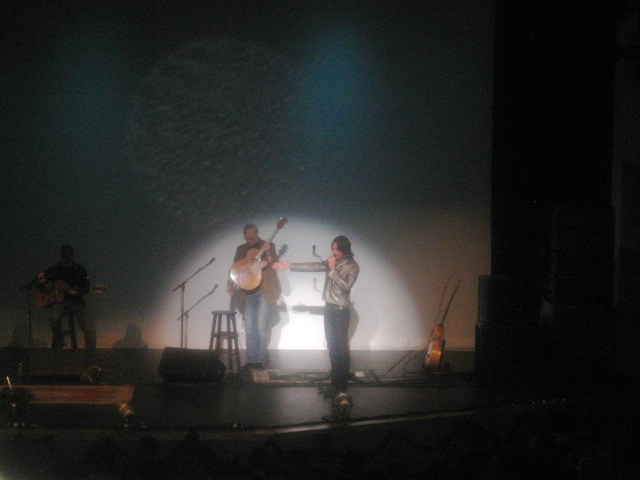 That’s Jake introducing one of his song writers. The concert was in our local high school’s auditorium, so the whole time I was only about 40 feet (if that) from the stage and the room only sat a couple hundred people. I have never been so close at a concert and it was really cool!

During one song he ran back to where I was sitting and serenaded a girl near me and that was funny. Would have been much cooler if he sang to ME but oh well! Betty is good friends with Jake’s parents actually and they were there in the first row, rocking out. He comes home every year at Christmas to do this to benefit some of our local charities. And I had no idea sooo many of his songs (he primarily writes his own songs) are based on Vero! Very cool since no one really even knows where Vero Beach is! 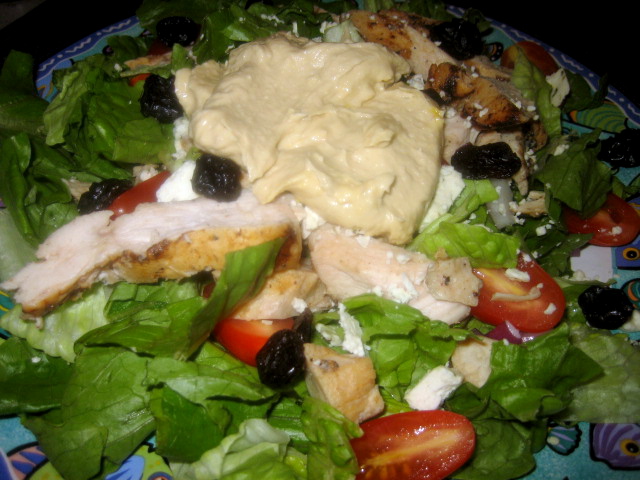 It was a big mix of greens, cherry tomatoes and grilled chicken. Topped with feta, dried cherries and a big scoop of Sabra’s garlic hummus. Just what I needed!

We got home around 10:30 and I got to bed around 11…I was soooo tired! Of course since my body is set on that early morning internal alarm clock though, I woke up at around 6:30 this morning. Bah! For breakfast I had the bagel I made yesterday—sliced, toasted and topped with peanut butter and raspberry preserves.

I wasn’t sure if I would like this because I’m not a huge raisin fan AT ALL, but it was surprisingly pretty good because of all the cinnamon in it! There were not too many raisins and the peanut butter was pretty sweet. I felt like I was eating “junk food” (aka peter pan with honey….soo good but sooooo bad). I only ended up eating half of that banana because I was pretty full after inhaling the bagel.

I sipped on English Breakfast tea with stevia because the coffee pot is broken here! GASP!!! As soon as Christie wakes up though we are headed to Cravings, our old high school hang out for coffee and maybe a beach walk if its nice. Cravings is a tiny bakery that’s been here foreverrrrrr and we would go all the time right when school let out to get pain au chocolat or house made cinnamon buns. I don’t know how I ate like that and stayed thin! It sucks getting older! Damn metabolism 😉

Other plans for the day include CHRISTMAS SHOPPING because I not done ANY and today is my only day off. Granted I have the rest of my life off as of 3 o’clock on Friday, but I’d like to get some of it out of the way before next weekend. As much as I love to christmas shop, I admit it’s a little stressful because money is so tight right now! This is why I have a great idea but can’t share it with yall until unfortunately after Christmas because every one I know reads my blog and I can’t discuss their special presents! Hahaha sorry!!!!! You will know soon enough! How do YOU keep to your budget during Christmas?! It’s hard!!

Since I’m skipping church this morning to catch up and caffeinate with Christie, I’m going to break out the bible now to have a little bible study of my own before every one wakes up. Praise God for good friends, laughs and coffee! 🙂

Here are Christie and I last year at this time when she came to visit me in Orlando (woe to my long hair!!!!): 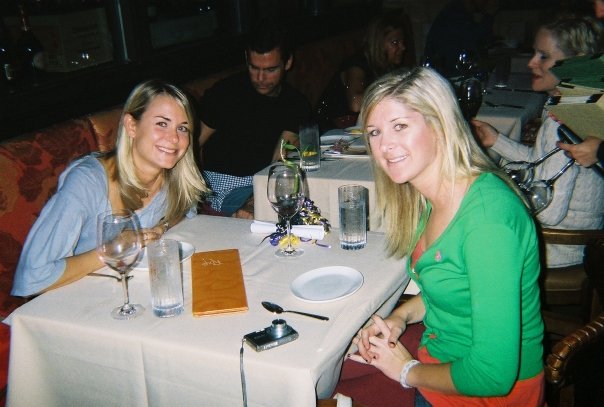 A year and a half ago when I graduated college: 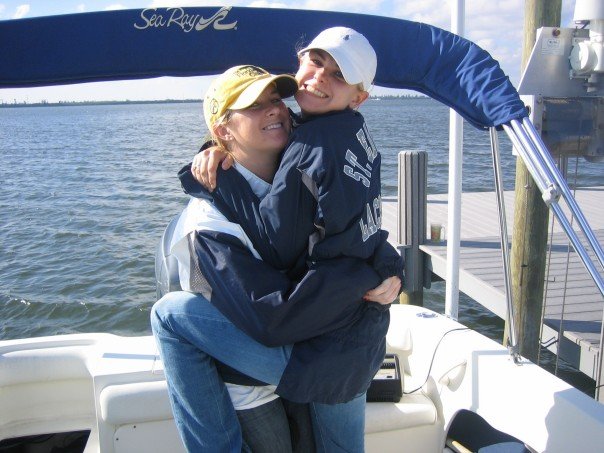 On my 21st birthday: 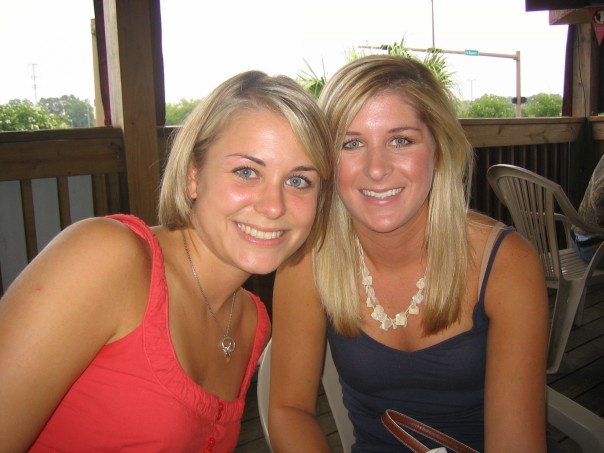 And on a cruise ship headed for jamaica during a college spring break:

It was a fun cruise. Too much fun for my 19 year old self in international waters. 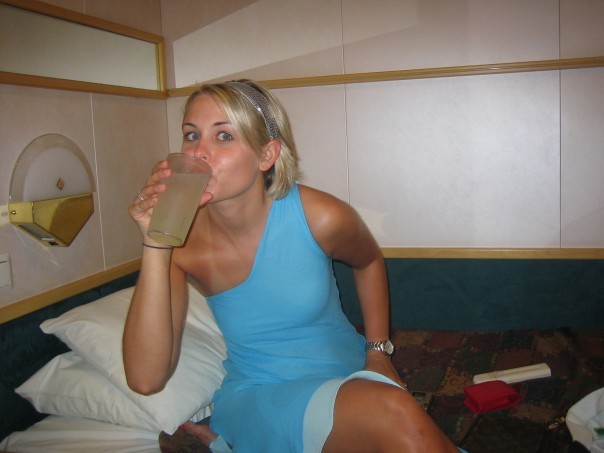 MAN! That was so long ago I feel like I’m getting old. Boooooo 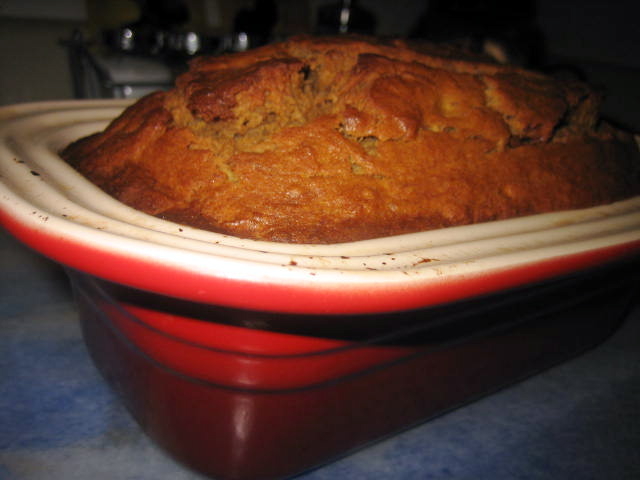 Babe’s Got It Good 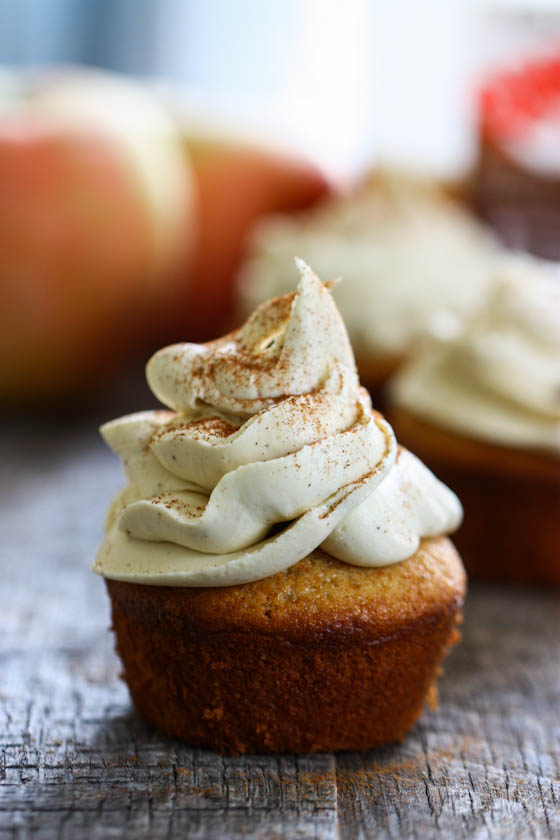