Tonight for dinner I decided to make the Asian Noodles with Shiitakes and Cashews from the latest edition of Shape magazine. I don’t really read many magazines anymore (except for Gourmet) but maybe I’ll have to start again because this issue has some great stuff in it! Ab exercises, pasta dishes, best snacks….I’ll have to keep this around for awhile! 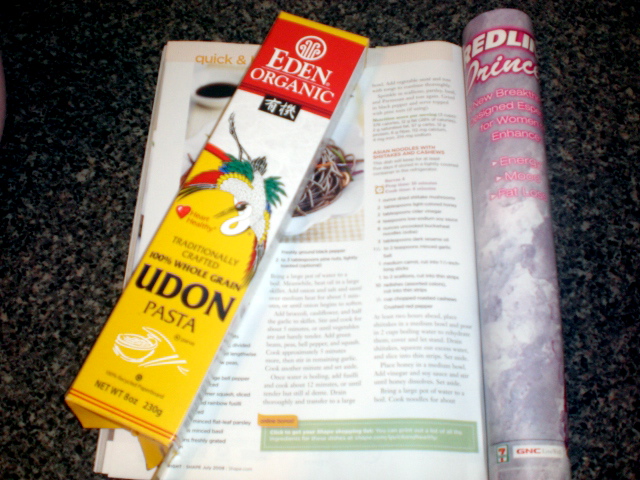 I made this pasta earlier this afternoon so it would have time to chill and I halved the recipe to make two servings. One for tonight and one for later this week—the recipe claims that this will be good for five days if in tupperware in the fridge. Perfect! I made a couple changes, however. Publix didn’t have dried shiitakes so I used dried porcinis. I’ve never used dried mushrooms before and it was sort of weird. I think I like fresh better. I also threw in some fresh grated ginger into the sauce and used agave nectar instead of honey. It turned out great!!!!!! I wasn’t so sure about the radish part because I’ve never really been a fan, but remarkably they worked perfectly in this dish. This would be something I would definitely make over and over again. I love the cashews :). 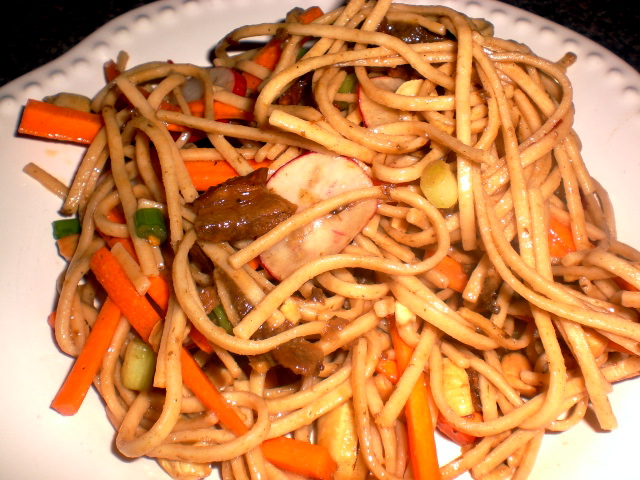 When dinner time came round, I had one serving of my pasta along with a spinach salad with woodstock dressing. Last night I officially got my dad hooked on this dressing and he said he is going to search for it next time he goes to the store. So good! 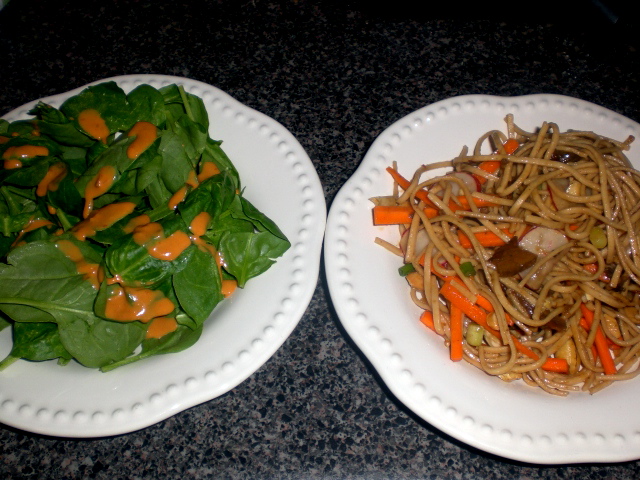 Like I said, I also baked some super charge me cookies (from Eat, Drink and Be Vegan) this afternoon for nighttime snacks this week. I used peanut butter instead of almond butter and half agave nectar for the sweetener because I ran out of maple syrup (!!!). The wet ingredients were quite sticky so I thinned it down a bit with about 2 tbsp of water. I also threw in some extra roasted cashew pieces that I didn’t use in my pasta. The cookies still came out very good though—definitely a completely different taste when you use peanut butter rather than almond butter. I miss my almond butter dearly but haven’t been able to make it to whole foods to buy more!!! 🙁 I had one of these cookies for a midday snack and they are good, but I do think they are better when made with almond butter. For a snack tonight I packed some cherries and another cookie. We are starting production tonight on our chocolate modeling cake and I am excited! My camera is totally dead so I am leaving it at home to charge but I won’t finish the cake tonight so there really won’t be anything to take a picture of. 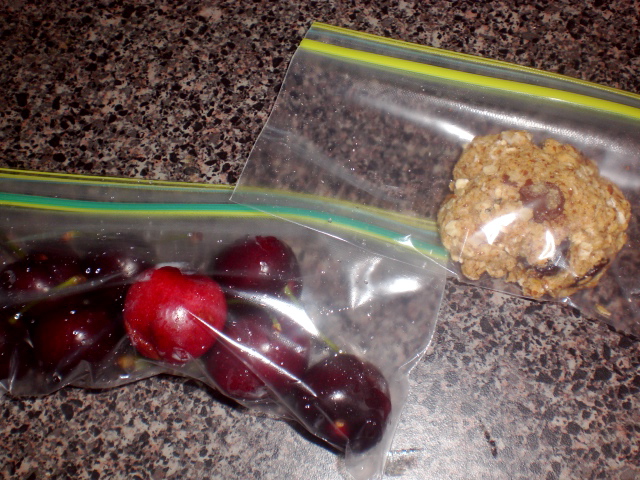 Have a good night! 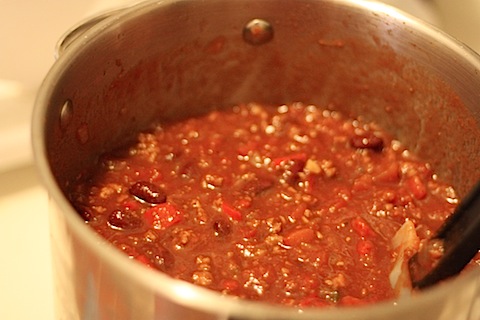 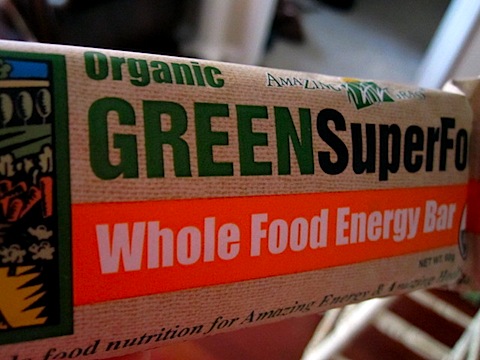