This morning when my alarm rang at 5:45 I leaped out of bed after a wonderful 8 hours of sleep! I have to keep my early morning schedule going on Sundays because tonight I need to be in bed by 7:30 to wake up at 3 again. Ugh. Anyways, I immediately went to the kitchen and made a snack: 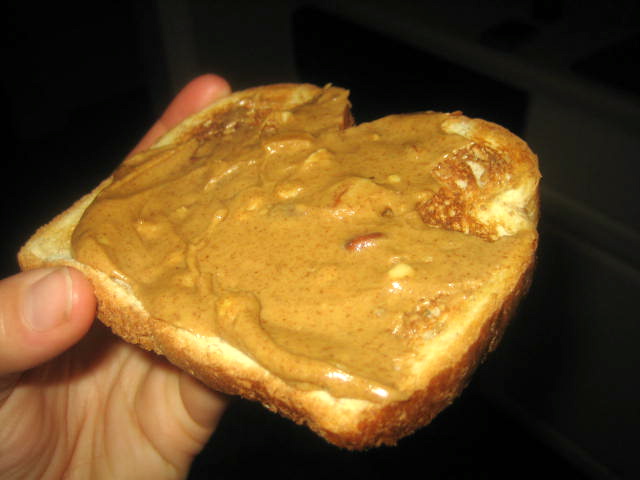 A slice of honey wheat toast with almond butter 🙂

While I ate my snack, I sent out more E-Cookbooks, checked emails and got caught up on the blogworld. Then I hit the play button and did Level 1 of The Shred again in my pajamas! I think I am making this harder than it really is because since I don’t have 5 lb weights, I am using 8 lb weights for all the exercises. It gets tiring after awhile! After Shredding, I went right into a 20 minute Hip Opening Yoga Download, which felt aaamazing this morning. Lots of half pigeons, full pigeons and deep spinal twists. 🙂 I’ve never really had a problem with tight hips or anything after running, but this still feels so delicious!

Around 7:30 it was time for breakfast….oatmeal this morning! 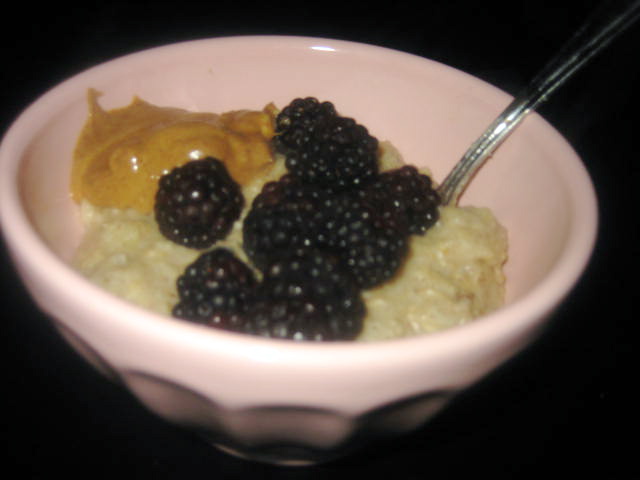 I’m giving almond milk another try since it was on sale at the store the other day, which made it cheaper than any other milk alternative. I don’t usually buy milk or milk substitutes any more very often because they always go bad before I can finish them, making it not worth the money! However, I do like Pacific Brand Low-Fat Vanilla Almond Milk…it has a creamy taste and it is a nice addition to my oats!

This morning I have a friend’s baby shower to attend, which is featuring “crepes and mimosas”. This is my first baby shower….so weird! After this shower, I am going with Ryan to downtown St.Pete because we have tickets the Honda Grand Prix this afternoon! I’m just hoping that the weather holds up because it doesn’t look too pretty outside right now…….yikes!

Have a wonderful Sunday and I will see you in a bit! =) 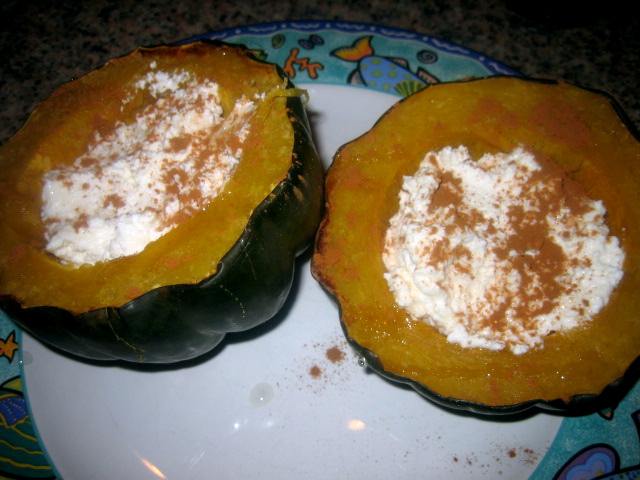 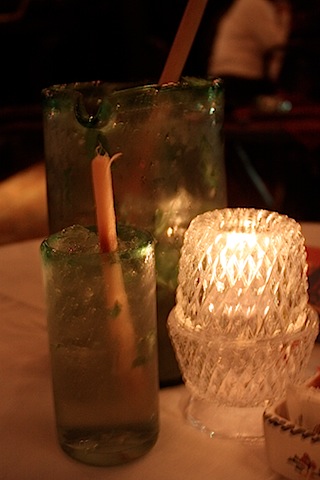 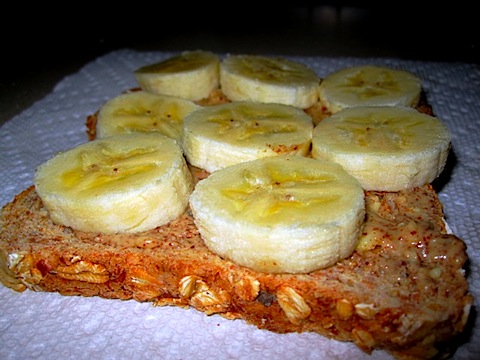